David Pastrnak took a hit off the ice Friday before Saturday’s Bruins game against the Senators, as a fan rear-ended Pastrnak’s Porsche near TD Garden.

North Andover native Mark Sousa, a hockey player himself, was in Boston to pick up a new passport before playing a game in Canada, according to NBC Boston. When he swerved to avoid a car that cut him off, Souza’s Jeep came in contact with the back bumper of Pastrnak’s Porsche. Souza’s car had minor damage and the condition of Pastrnak’s car is unknown.

“I had no words. The last person I’d want to hit,’’ Souza told NBC Boston. “He was awesome, extremely nice, such a down-to-earth guy.’’

Pastrnak posed for a post-accident picture with Souza, 19, who plays for the Valley Jr. Warriors, according to his EliteProspects.com. page. 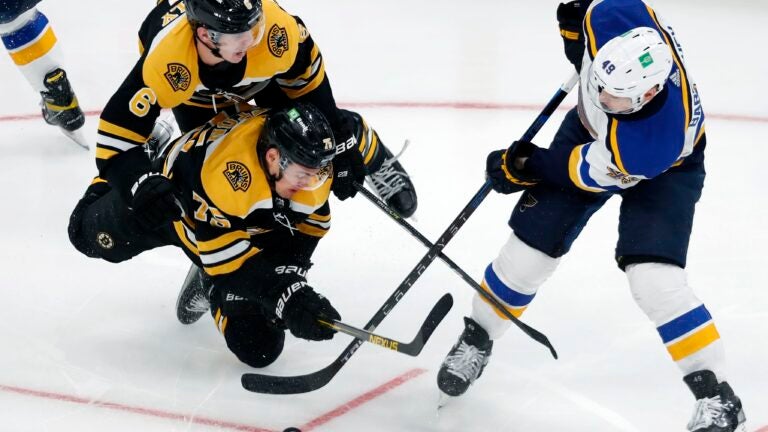 'It's just not very intelligent hockey': Takeaways from Bruins-Blues