Chris Wagner is out of his element.

Most days in winter you’ll find Wagner on ice, strapped to skates, but on a recent Monday afternoon, standing on a catwalk 30 feet above the floor at Harpoon’s Seaport brewery, the Bruins forward was met with a face full of steam.

Wagner was at Harpoon to brew Don’t Poke the Bear, a collaboration beer between the Bruins and the brewery that is a first for both parties. He was admittedly new to the brewing process.

“I think it was more they wanted a local guy,” says Wagner, decked out in blue rubber gloves and plastic safety goggles, when asked why he was chosen from among his teammates to make the beer.

Wagner grew up in Walpole and played youth hockey with the South Shore Kings, a team based in Foxborough. He made his NHL debut with the Anaheim Ducks in 2015, and returned home to sign with the Bruins in 2018.

At Harpoon, Wagner is immediately put to work, adding hops into the boiling brew kettle, as well as black honey, a superfood with supposed health benefits that conveniently doubles as a vehicle to the Bruins’ black-and-gold color scheme. Despite his lack of brewing experience, Wagner wasn’t shy about voicing his opinion on the recipe, pushing for the golden ale the team eventually settled on.

“We thought about doing an IPA,” says Ethan Elston, one of Harpoon’s longtime brewers. “He wanted something he could share with his friends, be able to drink a few and not get too drunk.”

It takes about six hours to make a beer, and Wagner is heavily involved. Trailed by his parents, girlfriend, brother, and “a couple of buddies,” Wagner descends a metal staircase down to the brewery floor, where he picks up and puts down nine 50-pound bags of grain.

The rest is left to the professional brewers. Wagner’s beer won’t be ready to drink for a couple of weeks, but the resulting “black and gold-en ale” will feature 5.1 percent ABV, with the hops and honey combining to create a floral sweetness.

Back in the tasting room, Wagner sips from a glass of Harpoon UFO Big Squeeze, a wheat beer with grapefruit, and discusses his drinking preferences.

“I’m kind of all over the board,” says Wagner. “I like Harpoon’s original IPA the best. I like the UFO here. But I’ll try other stuff, too.”

His favorite teammate to have a beer with?

“That’s a tough one. I’m gonna try to have tryouts for the [official beer] launch party. I’ve probably had the most beers with [Sean] Kuraly, [Charlie] McAvoy, [Matt] Grzelcyk, so I’ll say one of them.”

The release of Don’t Poke the Bear is timed with the Bruins’ playoff push. The brewery says it has quadrupled the original production amount, to 7,000 cases. Consumers should expect to find the beer at Harpoon’s beer hall, TD Garden, and surrounding bar and restaurant accounts, starting in mid-February. One dollar from every four-pack sold will be donated to the Corey C. Griffin Foundation, a nonprofit dedicated to improving the lives of children through health care. 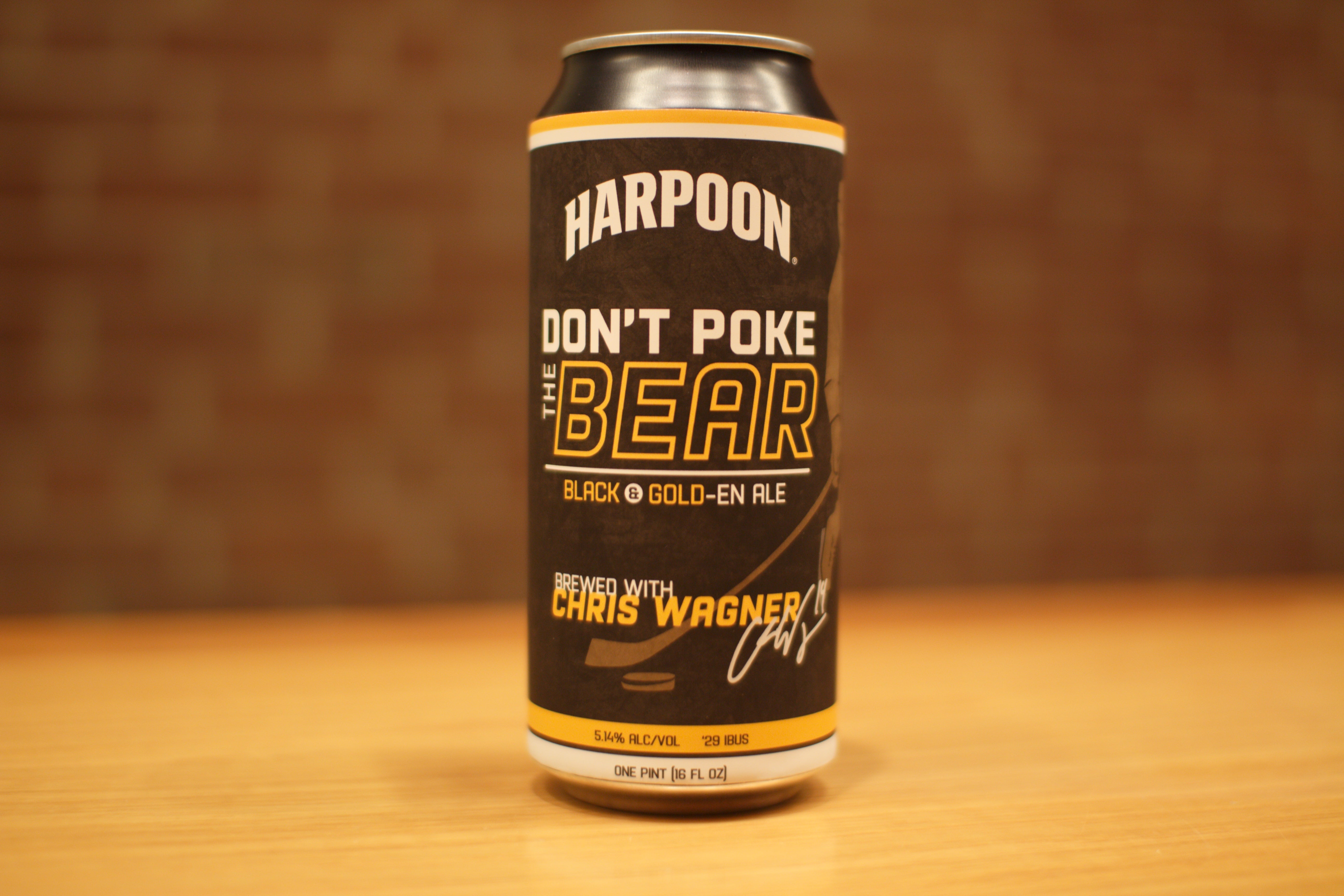 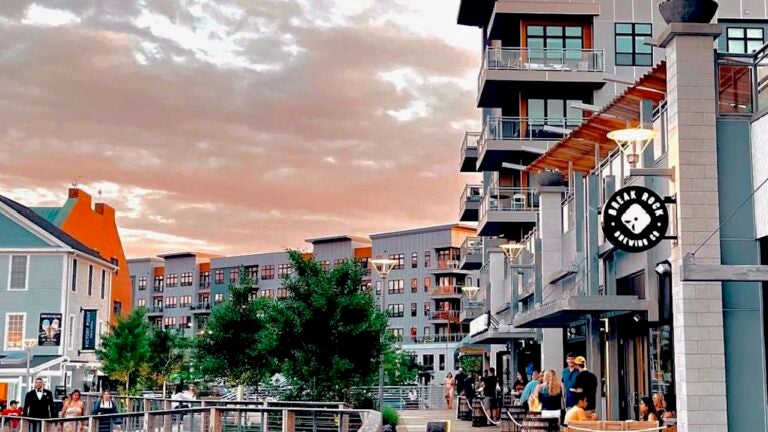