It’s clear that the bye week did wonders for the Boston Bruins.

The Bruins took control of the contest with a strong opening period in which they outshot the Canucks 13-6. Charlie Coyle opened the scoring with 5:36 remaining in the first when he buried a rebound shot from Charlie McAvoy.

Cassidy’s squad continued to press in the second, generating 17 shots. Yet despite a 5-on-3 advantage for a full minute, Jacob Markstrom held strong (38 saves) and kept a red-hot Vancouver squad afloat.

Then Brad Marchand took over. The high-flying winger netted his 23rd goal of the season — a one-timer from Patrice Bergeron – -with 4:25 left in the second period to give Boston a two-goal cushion.

David Krejci and Karson Kuhlman added insurance tallies down the stretch in the third to seal Boston’s fourth straight win.

Here’s what we learned as the Bruins earned a decisive win over a red-hot Canucks bunch.

Don Sweeney will be in search once again for an upgrade in the middle of the lineup as the trade deadline looms. Yet, Boston’s secondary scoring hasn’t been a weakness during their four-game win streak, notching 10 of the team’s 15 goals in that span.

The encouraging trend continued on Tuesday with Coyle, Krejci and Kuhlman all lighting the lamp.

The Bruins have gelled cohesively during this three-game stretch, with all four lines contributing one way or another.

“It’s nice to start out that way after a long break you get a few wins under your belt,” Coyle said. “They are not really fluky either you know. We are doing the right things. That’s a good sign coming out of the break. Usually, teams will slowly build their game back up and are sloppy. You see it in spurts, but we’ve done a pretty good job of correcting that stuff and realizing it right away.”

Cassidy and Sweeney will continue to mix and match the lines to see what they truly have before the trade deadline this month. They’ll breathe a little easier as long as the secondary scoring uptick continues.

Charlie McAvoy is finding other ways to contribute.

Charlie McAvoy has been on the receiving end of criticism this season for a lack of offensive production, especially after signing a three-year extension this offseason.

The 21-year-old has yet to score a goal this season, but that hasn’t hindered him one bit.

“At this point, I’m not thinking about it,” McAvoy said in the locker room postgame. “It’ll come at some point. I’m just trying to play good hockey and be as responsible as I can.”

The ex-Boston University standout has found other ways to contribute to the team’s success, namely on the defensive end and on the power play. And he certainly played those roles well on Tuesday night.

McAvoy finished with two assists and was stout on the defensive end. He even came to the aid to Tuukka Rask in a physical engage with Jay Beagle following his collision with Boston’s all-time winningest goaltender.

“I have a responsibility to play really well defensively and try to feed out transition game,” McAvoy said. “I take a lot of pride in that and showing up and trying to be the best I can every night.”

Rask nabs third shutout in a rather quiet evening.

Boston’s veteran netminder notched his third shutout of the season. Yet Rask had a rather quiet night as the Bruins controlled the tempo from start to finish.

Rask still thwarted off the Canucks when he needed to en route to a 25-save outing. It wasn’t so much about his performance Tuesday night, but his play leading up to the playoffs that matters most.

Rask is well in the mix for the Vezina conversation for the league’s best goalie. He has his sights set on a bigger piece of hardware in June, and the way he’s performing certainly gives the Bruins hope for another long postseason run. 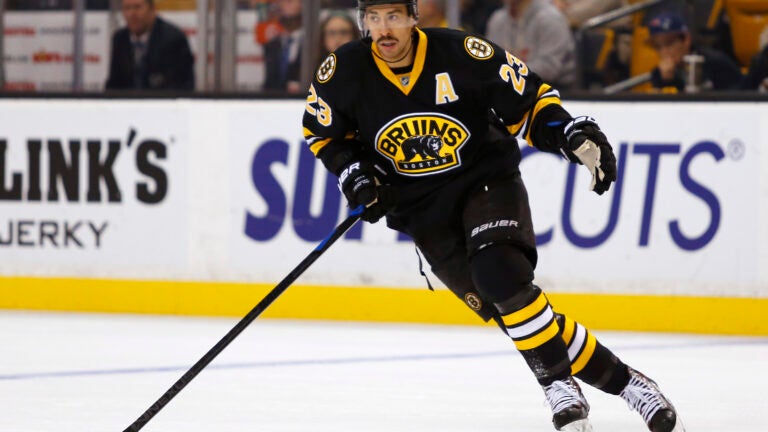