Another of the potential Bruins trade targets is off the board, as the Los Angeles Kings dealt forward Tyler Toffoli to the Vancouver Canucks on Monday afternoon.

Tim Schaller — who was in his second season with the Canucks after two with the Bruins — and the rights to Tyler Madden, in the midst of a strong second season with Northeastern, are headed to LA in return, according to TSN’s Bob McKenzie, along with a 2020 second-round draft pick.

Pierre LeBrun added that tke Kings will receive an additional conditional pick if the free-agent-to-be signs with the Canucks after the season.

Toffoli played all 82 games that season, and did again the last two years, collecting 47 and 34 points, respectively.

Writing earlier Monday, Kevin Paul Dupont categorized Toffoli and the Rangers’ Chris Kreider as players who “fit the profile as scoring wingers. They also have been inconsistent, often lacking the kind of energy and drive that [Blake] Coleman [traded by New Jersey to Tampa Bay on Sunday] has exhibited in Newark, where he likewise toiled for a franchise not in the playoff picture.’’ 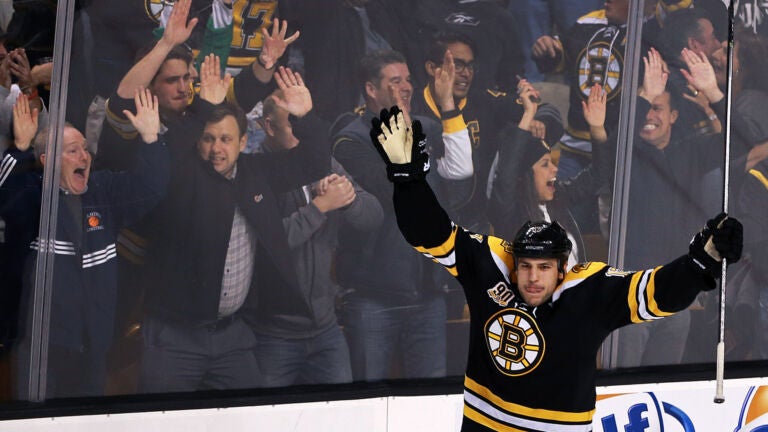