On the surface, Don Sweeney made marginal improvements adding Ondrej Kase and Nick Ritchie in two separate deals with the Anaheim Ducks. But the ramifications of Kase and Ritchie’s decisions go beyond potential lineup ramifications.

For starters, Don Sweeney received some much-needed cap relief in the Kase deal — that also included defensive prospect Axel Andersson — after retaining 25 percent of David Backes’ remaining salary. A mere 24 hours after arriving from their three-game swing in Western Canada, the Bruins shipped a struggling Danton Heinen to Southern California for Ritchie, saving themselves a little over $1.3 million in the process.

The two deals saved the Bruins over $3.6 million in cap space. They could’ve used that for another deadline day deal.

They didn’t. Sweeney stood pat after the Ritchie deal as marquee names like Chris Kreider, Kyle Palmieri, and even Joe Thornton remained with their respective clubs.

So yes, the Bruins didn’t acquire a marquee name. They didn’t even land a player of Charlie Coyle and Marcus Johansson’s caliber from a year ago.

Sweeney could’ve stood pat and the Bruins would’ve still been a favorite to hoist Lord Stanley in June. The Kase and Ritchie additions may not move the needle on their future odds, but they give the Bruins some depth in the middle of the lineup.

And again, they save some salary cap space for impending new deals with Torey Krug, Matt Grzelcyk, Jake DeBrusk, and Anders Bjork. The Bruins will have over $23.7 million in projected cap space heading into the off-season according to Bruins Cap Space.

“We’re trying to address our hockey needs first and foremost, and we tried to do that with these two acquisitions,” Sweeney said following Monday’s 3 p.m. trade deadline. “We have a lot to do to get [to the Stanley Cup]. Our guys — our team — have put themselves in position to hopefully take another run, but it’s one step at a time.”

Kase will likely get a shot skating with David Krejci and Jake DeBrusk whenever he makes his Bruins debut. Ritchie could give the Bruins some muscle in the bottom six if he cracks the lineup.

The Bruins’ rental additions under Sweeney — sans Johansson — didn’t pan out during his first four years at the helm. This year, he added a young, speedy winger and a physical, gritty power-forward with reasonable cap hits and term left on their current deals.

“For sure; that’s what I’ve been doing and why I’m playing well. That’s what I do. I drive to the net and win puck battles and hopefully can bring in a few wins down and around the net,” Ritchie said in a pool quote on why he thinks he’s a good fit with the Bruins. “Hopefully, I can help the team here and I’m going to take pride in playing that big game, winning battles, playing physical, and driving to the net for sure.”

“I’m very happy [to be here], I’m very excited,” Kase said following his first practice with his new teammates on Monday. “I think it’s probably the best organization where I can be.”

Parting with a first-round pick, a solid defensive prospect in Andersson and a player who still has some upside in Danton Heinen — despite his season-long slump — is a bit risky. Sweeney’s deadline roster tinkers, though, showcased his faith in his team’s chances for another long postseason run. He also provided some financial stability for their future.

“They just want to try and win. That’s all they care about,” Sweeney added about Boston’s close locker room. “They do care about who’s in their room and who can help them win and I’m very cognizant of that…these guys are driven to try and win and [we need to] give them as much as we possibly can. We’re trying to look at [our team] this year, next year and they’re a big part of it. They want guys who are pulling in the same direction as them and as hard as everyone would pull.” 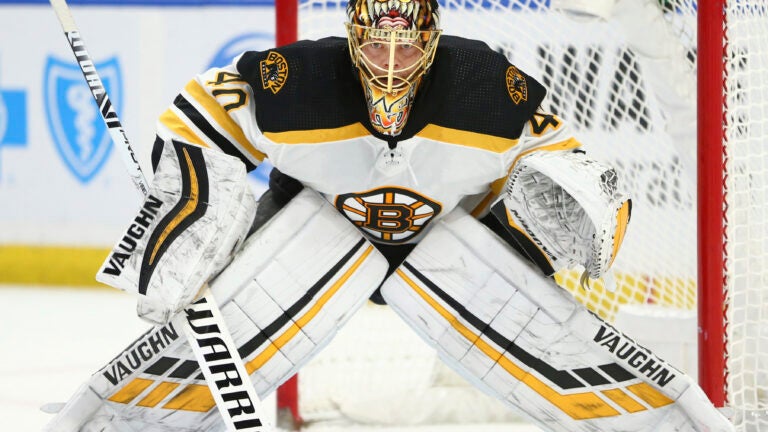