NHL commissioner Gary Bettman announced that the NHL has approved a plan for the league to return to play, with 24 of the 31 teams jumping straight into the playoffs.

The Bruins will play in one of two to-be-determined hub cities, and will play in a round-robin format with three other teams – the Tampa Bay Lightning, the Washington Capitals, and the Philadelphia Flyers – to determine playoff seeding.

Right now, the Bruins have the top seed based on their regular-season performance.

Chicago, Columbus, Dallas, Edmonton, Las Vegas, Los Angeles, Minneapolis, Pittsburgh, Toronto, and Vancouver are under consideration as hub cities. Teams will be divided up by conference.

Bettman hit on a number of topics to open his presentation, including the fact that the league is operating with guidance from civil and medical authorities.

“Ensuring health and safety has been central to our planning so far, and it remains so,” he said.

“As we seek some return to normalcy, this is an important day. I know I join sports fans everywhere when I say we cannot wait for our players to hit the ice again.”

The format and series length of the first and second rounds is still to be determined, while the conference championships and Stanley Cup Finals will both best best-of-seven. Training camp will start no earlier than July 1, Bettman said.

“It worked out pretty well,” Fehr said. “The players’ members of the committee really did yeoman’s work here.”

The seven teams left out of the playoffs will enter the draft lottery.

Regular-season games were suspended on March 12 amid the coronavirus outbreak.

On Sunday, the league circulated a memo to teams with guidelines about how players can return to the ice for small-group practices.

A specific date was not cited, but “Phase 2” will begin in early June. “Phase 1” began when the league suspended games.

Under Phase 2, players will be able to work out and skate at NHL practice facilities, as long as local regulations allow for it, in groups of no more than six. 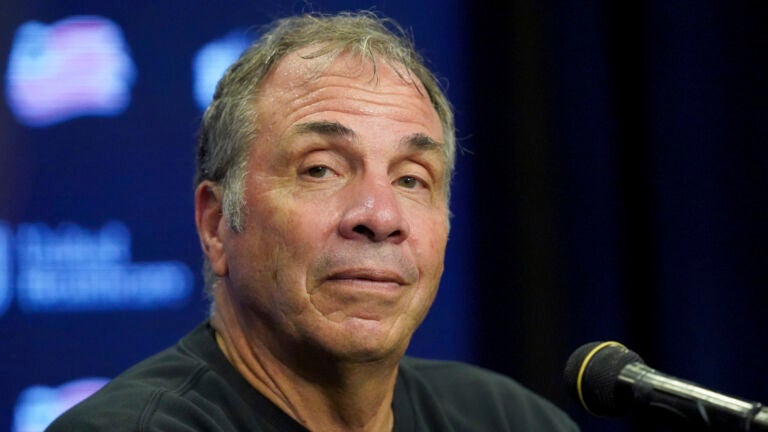