For all of the NHL’s determination to pull off the Stanley Cup Playoffs this season, as revealed in a detailed multi-phase reopening plan Tuesday, it remains impossible to say now whether we’ll have the pleasure of watching David Pastrnak, Patrice Bergeron, and the rest of an excellent 2019-20 Bruins team on the ice again anytime soon.

There’s a reason the league’s re-opening plan managed to be both thorough and vague at once. In a world certain to be fraught with lingering COVID-19 uncertainty deep into the summer, there are simply too many uncontrollable variables in play to guarantee that they will play.

NHL deputy commissioner Bill Daly said Tuesday that one positive test for the virus by a player or ancillary personnel wouldn’t necessarily mean the re-start would stall and the league would abruptly shut down again, just as it did on March 12 when the realities of the magnitude of the pandemic came into focus.

I’m not saying that’s pie-in-sky thinking, but it seems a serious underestimation of the chaos one positive test would cause and the anxiety and second thoughts it would engender in the players. The margin for error in this restart is really no margin at all.

I hope it works out. I miss sports so much. I miss watching this legitimate Stanley Cup-contending team charge toward the postseason. But if these best-laid plans crumble beneath all of the caveats and complications, at the very least the NHL has given Boston sports fans a reason to revive another favorite pastime:

Complaining about one of their teams getting hosed without offering a superior solution.

Oh, did the Bruins ever get hosed in this restart plan. Robbed, ripped off, shortchanged, too, and feel free to add any other synonyms you prefer, including those of a vulgar color.

Commissioner Gary Bettman declared the regular season complete Tuesday. That means the Bruins won the Presidents’ Trophy by leading the league in points (100), eight more than the second-best team in the Eastern Conference (the Tampa Bay Lightning) and six more than any team in the league (the St. Louis Blues finished with 94 points to top the Western Conference). And yet it’s conceivable, based on the part of the plan that has the top four teams in each conference playing in a round-robin to determine the seedings, that the Bruins could end up the No. 4 seed in the East.

For that to happen, they would have to lose to the Lightning, Capitals and Flyers in the round-robin. Perhaps that’s unlikely based on how reliably excellent they were all season. But they are an older team – key players Tuukka Rask, Patrice Bergeron, Brad Marchand, and David Krejci are all 31 or older, while Zdeno Chara is 43 – and it may take them some time to find their legs.

And there’s always the possibility that someone returns woefully out of shape after a few months of social distancing and curbside pickup. Someone on some roster is going to be the hockey version of Shawn Kemp, whose skills diminished as his waistline expanded during the NBA’s lockout in 1999.

The format of the round-robin – which follows the regular-season model of overtime, with 3-on-3 play and a shootout if necessary – does them no favors either, considering they were 0-7 in shootouts during the regular season.

The Bruins will have no home-ice advantage (presuming such a thing is possible in games played without fans) since the Garden is not one of the venues being considered as the Eastern Conference “hub” city where all games will be played. I suppose this answers the question of when is “The Hub” not the hub, but it’s one more earned advantage that the Bruins have lost.

I’m hesitant to refer to anything in sports as a “worst-case scenario” now considering the terrifying meaning that has taken on in the real world. So let’s call this an annoying-case scenario for the Bruins: They take some time to shake the rust off their skates, lose a couple of times in the shootout during the round-robin phase, and end up in the four-spot – where they have to face Sidney Crosby and the fifth-seeded Penguins in their first full series. The Penguins face the No. 12 Canadiens – who have 31 wins, but just 19 in regulation – in the first round, a nice little warm-up for them.

I suppose there’s no perfect solution to this, one that gives the Bruins a little more of a benefit from their regular-season excellence. Bettman acknowledged as much during his conversation with reporters Tuesday.

“Obviously, these are extraordinary and unprecedented times,” said Bettman. “Any plan for the resumption of play, by definition, cannot be perfect, and I am certain that depending on which team you root for, you can find some element of this package that you might prefer to be done differently.”

(I’ll pause here while you vociferously boo Bettman. He’s used to it.)

Hey, at least there is a reason the Bruins, along with the Golden Knights, are considered the co-favorite, per the sports book William Hill, to hoist the Cup in … well, August? September?

The playoff format does the Bruins no favors. But there’s some optimism to be found – even if it is of the cautious variety – in these conversations about having a hockey postseason at all.

There’s not much more compelling in sports than the joys and agonies the Stanley Cup Playoffs provide, and I suspect the makeshift format isn’t going to change that.

The Bruins had so much going for them before it all had to shut down. They’re a well-rounded and deeply talented team with proven chemistry and extensive postseason experience. I liked their chances.

Here’s hoping they still have all of that, because their road just got a little bit harder. Mostly, though, we’re just enjoying having something sports-related to reflexively complain about again.

Even with the increased degree of difficulty, the Bruins’ road can still end with a championship. Pretty sure it’s a no-go on the parade, though. 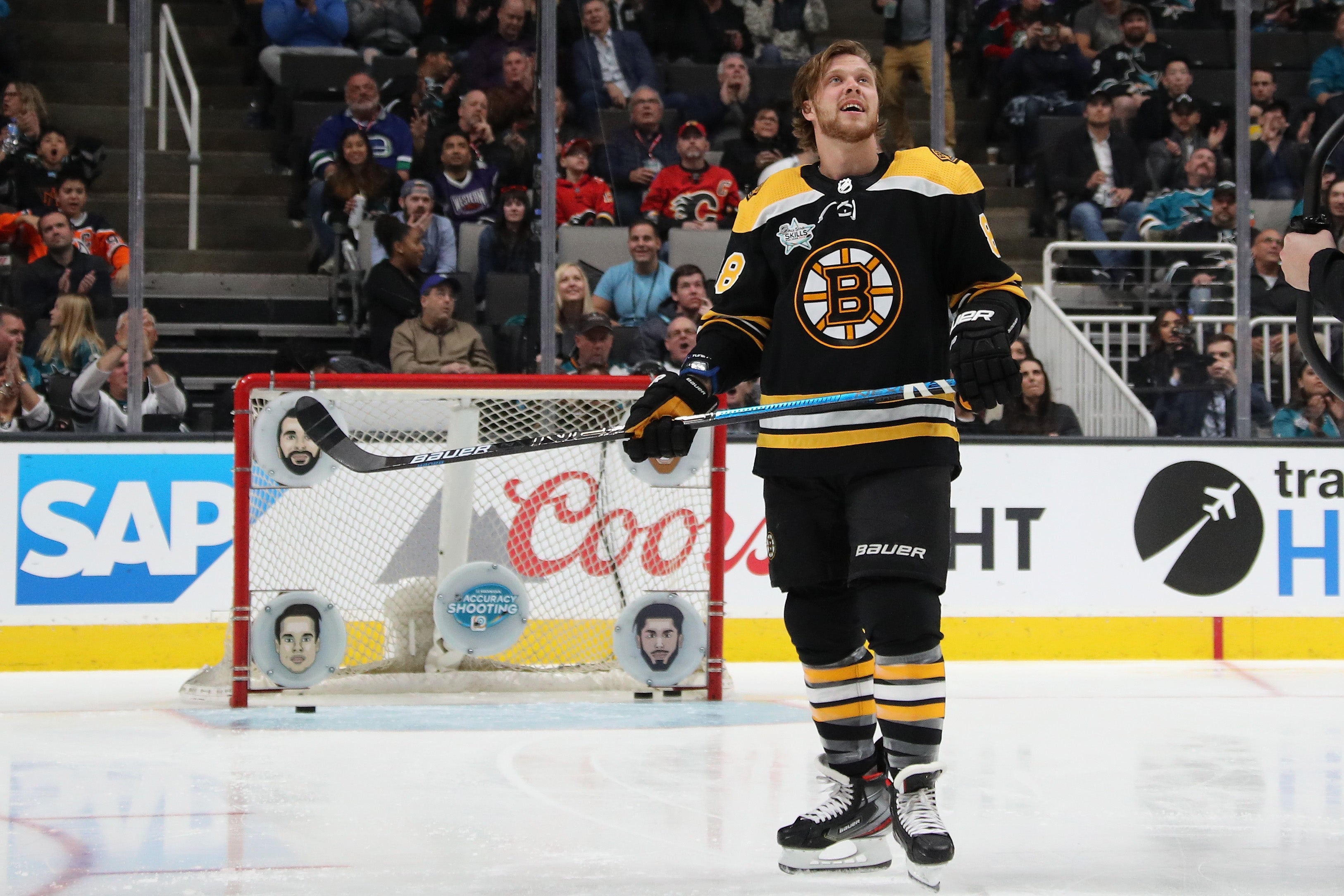