Bruins goaltender Tuukka Rask has opted out of the remainder of the NHL postseason in order to spend time with his family.

“I want to be with my teammates competing, but at this moment, there are things more important than hockey in my life, and that is being with my family,” Rask said in a statement issued Saturday morning. “I want to thank the Bruins and my teammates for their support and wish them success.”

Rask and his wife welcomed their third daughter, Livia, in late April.

Bruins general manager Don Sweeney confirmed Saturday that Rask’s family is “safe and healthy,” and said his departure was not triggered by a specific incident. Sweeney also noted he was not “entirely caught off guard” by Rask’s decision, based on the pair’s conversations.

“I think we all understand these are trying times for everybody,” he said. “The priority for Tuukka, at this point in time, rightfully so, has to be his family, and we support that.”

As a result of the coronavirus pandemic, the NHL is restarting its season in two Canadian “hub” cities. The Bruins are in Toronto for the first round of the playoffs, and, if they advance, will stay in Toronto for the second round. Both the Conference Finals and Stanley Cup Final will be played in Edmonton.

“During the course of the time up here, it’s been increasingly difficult for Tuukka to mentally stay where he needs to be,” Sweeney said. “Ultimately, he made a decision that he felt he had to be in a different place.”

Game 3 of Boston’s first-round series against the Carolina Hurricanes is scheduled to be played Saturday at noon. Rask was in net for both Games 1 and 2, which the Bruins split, and logged a 92.9 save percentage.

During the regular season, Rask led the NHL with a 2.12 goals-against average and was second in save percentage and shutouts. He was named a finalist for the Vezina Trophy, an annual award given to the league’s best goaltender.

With Rask unavailable, the team’s backup goalie, Jaroslav Halák, will likely be in net for the remainder of the postseason. Halak appeared in 31 regular-season games this year, logging a 91.9 save percentage.

Dan Vladar, 22, who has not played in an NHL game, is also on the roster.

“This is a time you have to roll with whatever comes your way,” Sweeney said.

After Game 2, Rask spoke candidly about the environment in Toronto, one that he called “dull at times” due to the lack of fans. He also was critical of his own play, acknowledging he was not in “prime shape” because of the four-month hiatus.

Rask’s comments, from Sweeney’s perspective, indicated he was having “a tough time” adjusting to the unusual circumstances.

“Tuukka, in his own right, felt he needed to be elsewhere rather than being here currently in this situation,” Sweeney said. “He’s the same goaltender that went to Game 7 of the Stanley Cup Final. He’ll be the same player when we get up and running next year.” 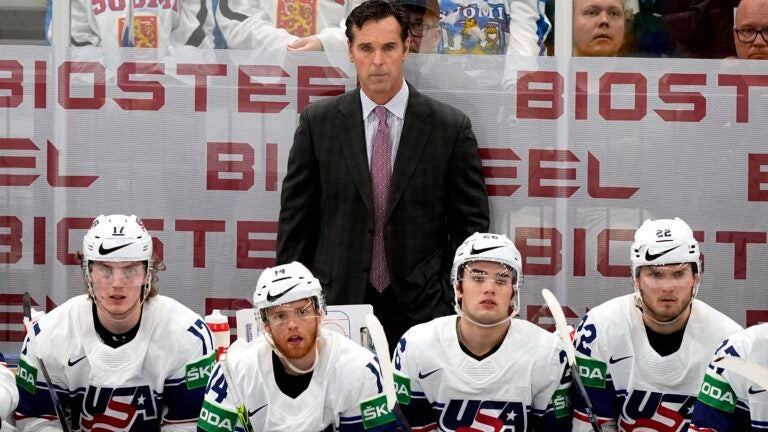