The Bruins and Lightning have remained atop the Eastern Conference since their second-round playoff series in 2018, which Tampa Bay won in five games. Last year’s playoff bracket had the two slated to meet in the second round, but a surprise first-round exit by the Lightning spared the Bruins of the matchup.

Now, in Toronto, the familiar foes will face off for a spot in the conference finals.

Since that 2018 playoff matchup, the Lightning have won six of their eight regular-season meetings (including one shootout this season) against the Bruins. Their most recent clash came just before the league suspended its season, with Tampa Bay earning a hard-fought 5-3 victory on March 7. The two teams, unafraid to exchange punches or start a scrum, were whistled for a combined 36 penalties.

“That game specifically felt like a playoff game,” said Barclay Goodrow, who was traded to the Lightning in February.

Players and coaches are expecting that same level of physicality and intensity when the puck drops Sunday at 8 p.m. (NBC) for Game 1.

Marchand expressed excitement about the challenge, calling the Lightning “a hell of a team.”

“That’s what makes the Cup worth it,” he said. “Because you have to play teams like Tampa.”

Cassidy said he was a “little surprised” by the two sets of back-to-back games on the schedule.

There will be no rest day between Games 2 and 3, nor will there be one between Games 6 and 7 (if necessary). Cassidy called the condensed timeline “very challenging,” with the biggest challenge coming in net.

Heading into the postseason, the Bruins had one of the best goaltender tandems in the league: Tuukka Rask as the starter and Jaroslav Halak as the backup. Now that Rask has opted out of the remainder of the postseason, the team may turn to 23-year-old Dan Vladar, who has yet to make his NHL debut.

“Do we play Vladar as a backup or do we ride Halak?” Cassidy said. “That’s a lot to ask of Jaro. That’s going to be a decision we’re going to have to make down the road.”

Cassidy expressed confidence in his roster depth, but noted an injury could complicate things.

“If a guy gets a nagging injury and you start getting these back-to-backs and he doesn’t have a chance to recover, that can work against any team,” he said.

Still no Stamkos for Lightning

Stamkos, who is rehabbing from a lower-body injury sustained during voluntary workouts in July, missed the round-robin games as well as Tampa Bay’s first-round series against the Columbus Blue Jackets. Cooper offered no details on his recovery timeline.

“When he is going to be available, I will let you know,” he said. “There’s no further updates.”

During the regular season, Stamkos notched 66 points (29 goals, 37 assists) — good for second-best on the team, behind only winger Nikita Kucherov. 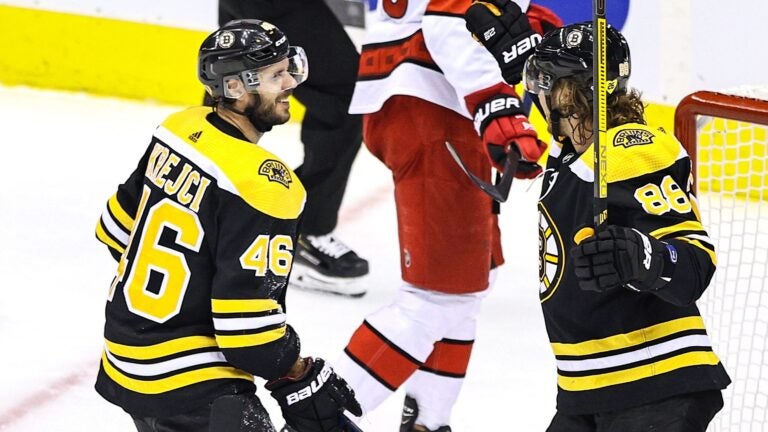