Bruce Cassidy was revealed Wednesday night as the winner of the Jack Adams Award as NHL coach of the year for leading the Boston Bruins to the Presidents’ Trophy a season after taking them to the Stanley Cup Final.

Boston finished six points ahead of the next-closest team in the standings when the season came to a halt in March. The Bruins had a league-best 100 points even after coming off a Game 7 loss to St. Louis in the final.

The Bruins emerged for the playoffs with some question marks and then had Vezina trophy finalist goaltender Tuukka Rask abruptly opt out in the middle of the first round for family reasons. With backup Jaroslav Halak thrust into the starting role and inexperienced rookie Dan Vladar unable to spell him, the Bruins lost to the Tampa Bay Lightning in five games in the second round.

Much like 2019 Cup winner Craig Berube, Cassidy, 55, is in his second stint as an NHL head coach and has fared much better this time around. Cassidy was fired 25 games into his second season with Washington in 2003-04 and went back to junior hockey and the minors to pay some dues and get back to the NHL.

Boston made the playoffs after he replaced Claude Julien during the 2016-17 season and each year since. 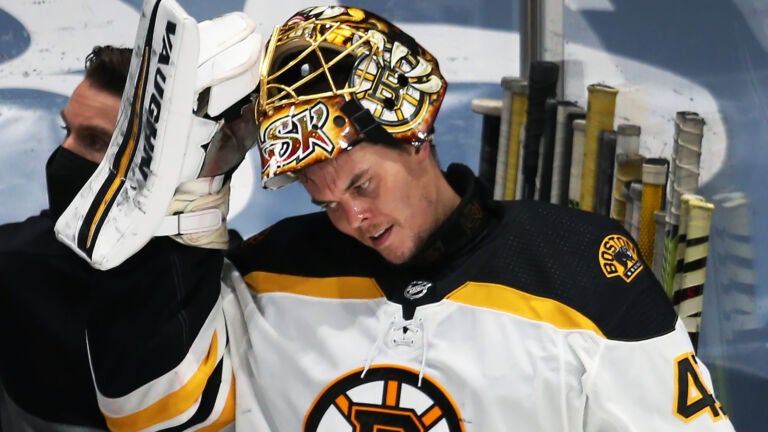