Who is your all-time favorite play-by-play voice in any sport?

I’ve received this question from a few different Sports Q readers through the years. I figure today is as good a time as any to use it, with the great Doc Emrick announcing his retirement from calling NHL games Monday morning.

I suspect the answer to this question in part depends on what your favorite sport happens to be. For hockey folks, Emrick, with his friendly, lyrical style, would be near the top of the list, along with beloved Bruins voices Bob Wilson and Fred Cusick.

NBA? Mike Gorman locally, for sure. I’m not sure that there is a national play-by-play voice who commands obvious respect, at least among Boston fans.

Baseball probably offers the most appealing options. The only national announcer I can think of that commanded more universal respect and popularity than Emrick is Vin Scully. In Boston, Ned Martin, Ken Coleman, Curt Gowdy, Sean McDonough, Joe Castiglione, and Don Orsillo will all fill the ballot box.

If you’re a Patriots fan, I bet the choice is Gil Santos. On a national NFL scale, Pat Summerall is surely a favorite with old-timers.

Al Michaels would be a great choice among those with NFL connections. His call of Malcolm Butler’s interception in Super Bowl XLIX remains an all-time favorite here. Called a fairly memorable hockey game once, too. Turns out we did believe in miracles, yes.

My choice? I used to listen to Dodgers games just to hear Scully, more often after Manny Ramirez was traded there in 2008. He’s my No. 1 overall draft pick.

But I think my local choice would be Gorman. He’s been calling the Celtics as long as I can remember, and he’s as good as there is at any level calling basketball, my favorite sport.

What does everyone else think? Who is your all-time favorite play-by-play voice in sports? I’ll hear you in the comments. 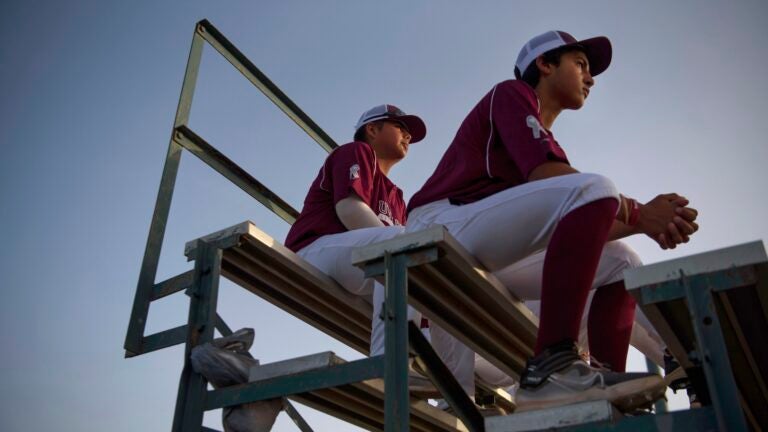 In a town crippled by grief, the healing power of a perfect pitch