Like many Massachusetts drivers, former Bruins player Jarome Iginla dealt with the snowstorm that hit the area Saturday evening.

The Hockey Hall of Famer was at a rest stop on Route 128 when he was approached by Boston 25 News for what appeared to be a man on the street type of interview. While it looked like the station didn’t know of Iginla’s fame, the hockey icon is apparently quite the expert on how to handle driving in the snow.

“We’re from Canada, so, it’s not too crazy. We’ve got some winter tires,” Iginla said of driving in the snow. “We’re used to this growing up. It’s not great, I tell you, you get some tough stretches. But if you don’t go too fast, it’s doable.”

While some places in Massachusetts got nearly a foot of snow Saturday night, most towns along Route 128 only got a couple of inches. Still, that was more than enough for Iginla.

“In my defense, it wasn’t my interview!” Oliverio wrote in a tweet. “I was anchoring though, and didn’t pick up on it right away.”

Iginla played one season in Boston, playing with the Bruins during the 2013-14 season in which the team won the Presidents’ Trophy. He retired from hockey in 2018 and was selected for the Hockey Hall of Fame in June. 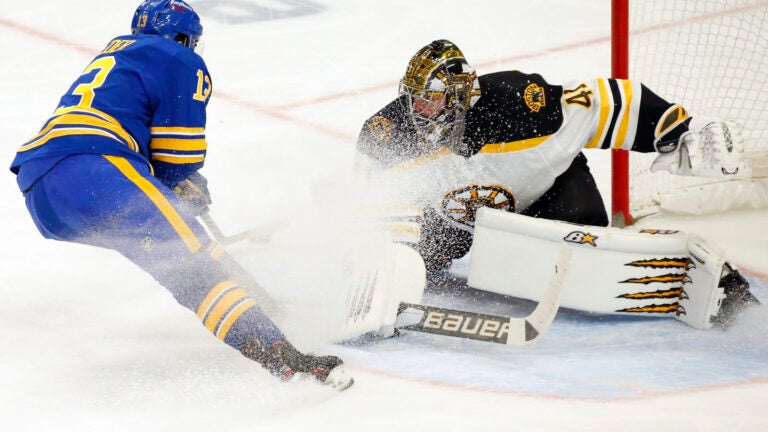