Just a few days after it was announced when the puck will drop for the 2020-21 NHL season, the Bruins released their 56-game schedule for the regular season.

After a brief road trip to start the season, the Bruins will host the Flyers in their home-opener on Jan. 21. After another home matchup against the Flyers on Jan. 23, the Bruins welcome the Penguins into Boston for a pair of games (Jan. 26, 28).

The Bruins will only face opponents in their division for the regular season due to the COVID-19 pandemic. They’ll take on the seven other teams (Sabres, Devils, Islanders, Rangers, Flyers, Capitals, and Penguins) in their division eight times each this season. Due to Canada’s COVID-19 restrictions, the NHL had to realign the divisions for this season, separating the Bruins from two of their longtime rivals in the Montreal Canadiens and Toronto Maple Leafs. This season will mark the first time in team history that the Bruins will not face the Canadiens in the regular season.

The regular season will come to an end for the Bruins on May 8 with a matchup against the Rangers.

Below is the Bruins’ entire regular-season schedule:

Saturday, May 1 vs. Buffalo 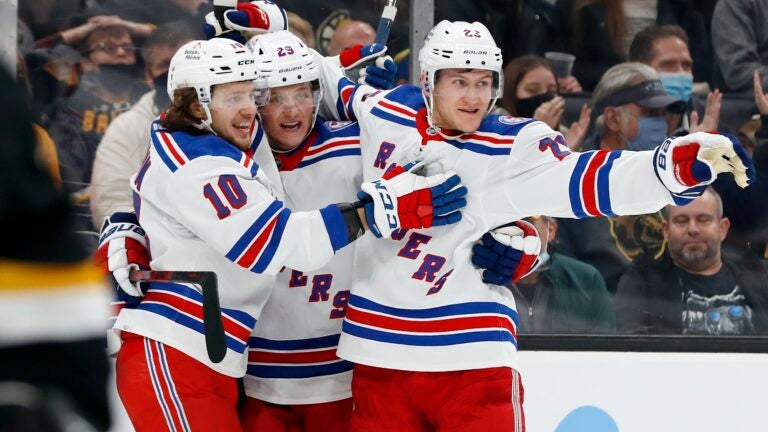