Zdeno Chara spoke to reporters on Thursday for the first time since announcing that he was leaving Boston to sign in Washington D.C. with the Capitals.

The 43-year-old outgoing captain of the Bruins admitted it wasn’t an easy decision to leave the team he’d spent 14 seasons with, and helped win a Stanley Cup for.

“Obviously it’s been a long process since September,” Chara said in the virtual press conference. “I’ve been going through some difficult decisions and different options that were presented to me. It was never clear what would be the best fit. A lot of things were happening during free agency.”

“A few days ago, I think, Washington Capitals kind of informed us of their interest and I just saw this opportunity that I didn’t want to pass on, so I just decided that would be a good fit for me and my family and went for it.”

Chara signed a one-year deal with the Capitals, his fourth team in a lengthy NHL career that began in 1997.

Asked about Boston’s offer, and why he turned it down, Chara immediately made it clear that he had no bad feelings towards the Bruins, or the team’s general manager.

“First I want to mention that I believe Don Sweeney negotiated in good faith, and I really appreciated that everything was communicated to me, and it was very open to me,” Chara told Logan Mullen of NESN. “We had a number of conversations. He made it clear what conditions and what role I would be taking with the organization if I [had] returned. But I just felt that what was presented to me, and what conditions were kind of attached to it, I just felt that I had more to offer.

“I respect their decision and wish them the best, but I just felt that I can still play regularly and play the games,” Chara added.

Asked for more details, Chara alluded to a “reserve” role that he might have occupied had he remained in Boston.

“Early on it was probably a little bit unknown what I was told the role would be,” Chara explained to the Boston Globe’s Kevin Paul Dupont. “But as the conversations progressed, towards the end it was pretty clear to me that I would not be in the starting lineup for the season, or starting some games, or playing some back-to-back games. I would be more in a reserve type of player. Again, I have no issue with that. Again, a lot of credit to Don Sweeney, how he handled the situation, but for me I felt that it would be a better fit for me if I found a better role with another team and step aside and let the Boston Bruins go in the direction they choose to do.”

On the topic of who will replace him as captain with the Bruins, Chara had only one name: Patrice Bergeron.

“Absolutely, there is no question Patrice is going to be the next captain of the Boston Bruins,” said Chara. “I think everybody knows that. I think he’s absolutely the right person to have as a captain.”

Looking ahead to his new team, Chara said that while he feels he has a potentially larger role with the Capitals than he would’ve had in Boston, nothing is certain.

“There are no specifics, there are no guarantees, but I just want to have a fair chance to compete with the guys for the Stanley Cup,” Chara noted.

One notable subplot from the Bruins’ former captain signing with the Capitals is that the two teams are conference rivals and will play eight times in the 2021 regular season.

Asked how it will feel to see his old teammates lining up against him, Chara admitted it will be different.

“It’s going to be a strange feeling, sure,” he replied. “But I can tell you exactly how I feel at the time. I’m going to have to wait until that time comes.” 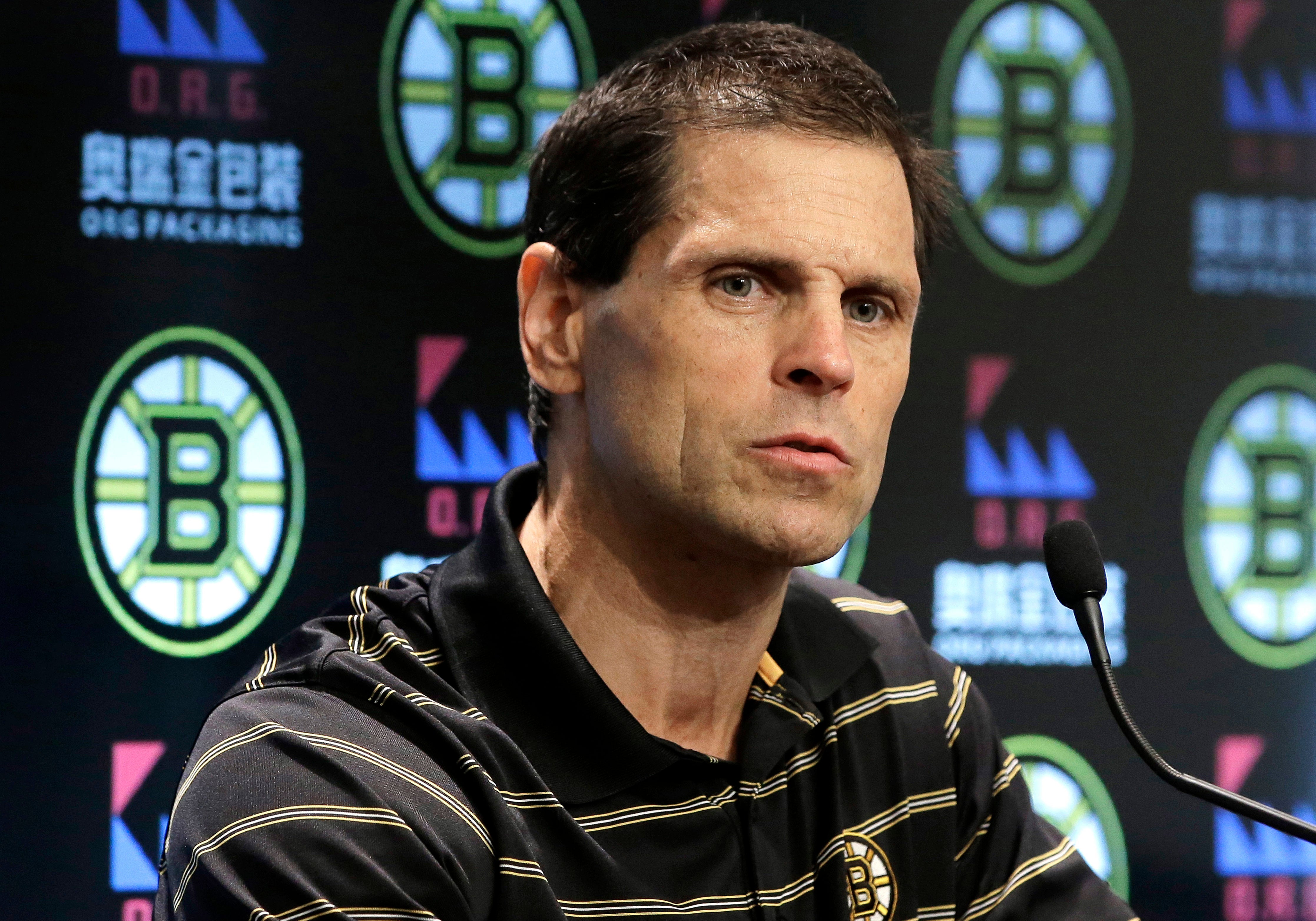