In a move that was expected following Zdeno Chara’s departure, longtime center Patrice Bergeron was officially named the next captain of the Bruins on Thursday.

Bergeron, who is entering his 17th season in Boston, ranks third in team history in games played and game-winning goals and is fifth in both goals and assists. Among active NHL players, he’s third in plus-minus, ninth in playoff games, and 14th in points.

“For 16 seasons we have all watched Patrice grow not only into an elite player but also a tremendous leader,” Bruins President Cam Neely said in a release. “Patrice represents the Bruins organization and our fans with integrity, determination, and class. On and off the ice he embodies what it means to be a Bruin, and we couldn’t be prouder that he will lead our team as Captain.”

“Patrice Bergeron exudes leadership, character, talent, will and empathy,” Bruins General Manager Don Sweeney said. “We all know Bergy embraces the legacy of the Boston Bruins, as he will with the Captaincy. Bergy has earned the respect of all of his teammates, coaches and everyone in the Bruins organization.”

Bergeron addressed the media later in the day Thursday and said that Chara has influenced him greatly over the years. He’s told him to be himself, and Bergeron plans to keep that mindset as he enters a new and expanded leadership role.

He noted that the culture is already established, and his hope is to carry that on and build upon it going forward.

“I think leadership is all about making sure you’re able to surround yourself with great people, which I am, and also being able to, to connect with guys and to speak from the heart when it’s needed, lead by example,” Bergeron said. “I don’t think I’m gonna change any of that stuff. And yeah, you know, I think I’m going to try to communicate and make sure we connect as a team and we create something special moving forward.”

The Bruins are set to open the regular season Thursday, Jan. 14, on the road against the New Jersey Devils. 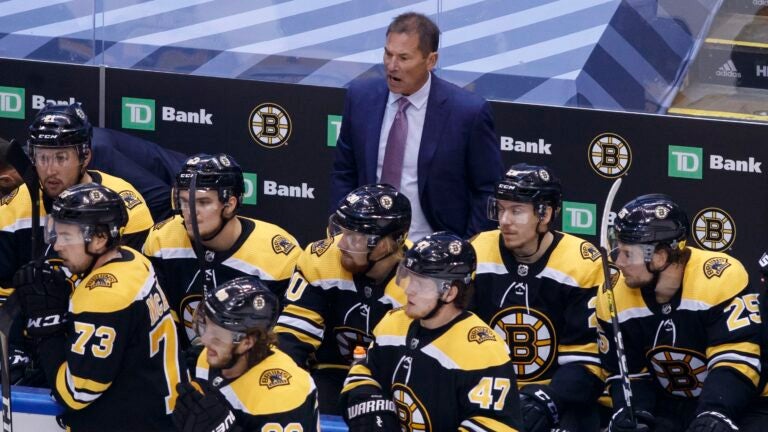