With the Bruins trailing 3-2 in the third period, Frederic dropped his gloves and took on Capitals winger Tom Wilson, who Bruins coach Bruce Cassidy described after the game as “arguably toughest guy in the National Hockey League.”

Cassidy then paused, and chuckled.

“Z would be in that mix too, obviously,” he said, referencing long-time Bruins (and current Capitals) defenseman Zdeno Chara.”

Frederic’s fight with Wilson had been brewing — he attempted to fight Wilson in Boston’s 4-3 OT loss on Saturday as well.

“He’s recognizing what he has to do to spark us,” Cassidy said.

Frederic’s teammates felt the spark. David Pastrnak, who scored two of Boston’s five goals as the Bruins rallied from a 3-0 deficit to split their two-game series with Washington, praised the energy Frederic provided.

“Unbelievable job by him,” Pastrnak said. “We know what he can do and the way he plays, and he proved it. He had a great fight, and obviously gave huge energy to our line.”

Frederic said the Capitals were aggressive with the Bruins in both games.

“They were pretty physical both nights really, so we tried to give it back,” Frederic said. “I thought the first night, we had the puck a lot, so it’s hard to really hit back, so we had to take a lot of hits, but when we get a chance, we try to be physical with them.”

Frederic noted that for the Bruins, his fight provided a boost often lacking in an empty arena.

“It’s tough with no fans,” Frederic said. “I mean, both games the opportunity presented itself, but it takes two to do it obviously.

“The opportunity presented itself, and like I said, two guys have to agree on it. It’s almost an honor thing, so it worked great.” 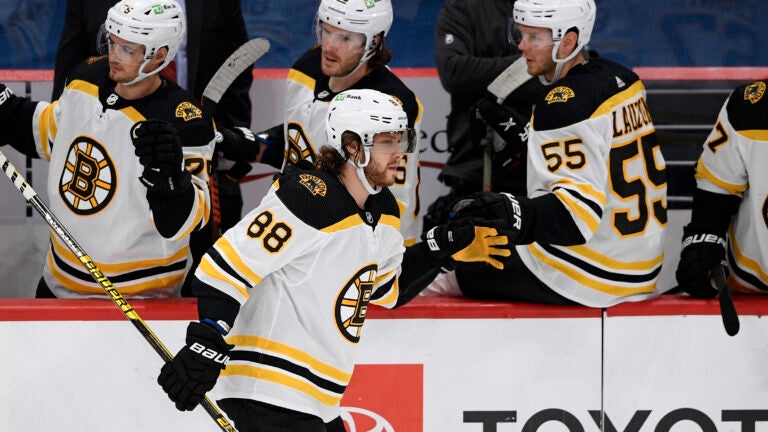