Bruins GM Don Sweeney told reporters he is willing to make moves to improve the roster if the team’s scoring doesn’t improve.

The Bruins have lost seven of their last 10 games and have scored two goals or fewer in all seven of those losses.

“If we have to shake things up, I think we will do that,” Sweeney said. “Understand the expectations haven’t changed. Our group has played well, but not quite good enough. Scoring has been the Achilles heel up until this point. Hopefully we can find it from within, or I’m going to have to make a move to bring in support.”

The Bruins have dealt with injuries and lack of production, especially from their projected No. 2 line. Newcomer Ondrej Kase has been out since taking a puck to the head in the Bruins’ second game, and Sweeney said there is no timetable yet for his return.

“As you know, it’s just whatever medically allows him to continue to progress and he’ll do so,” Sweeney said. “He’s eager to play, but sometimes things just take their own natural course to get past where he needs to.”

Jake DeBrusk and David Krejci, meanwhile, are yet to score 5-on-5. The Bruins took the somewhat drastic step of sidelining DeBrusk on Tuesday against the New York Islanders, hoping to send a message to the 24-year-old winger. Sweeney said DeBrusk understands he needs to improve and has taken ownership of his struggles.

“We have to do everything we possibly can to put him in a situation that he can work his way out of it,” Sweeney said. “Work is a big part of that.”

Sweeney noted that “money is tight” across the league, and that trades can be difficult given quarantine and the challenges of the COVID-19 pandemic.

“Your team usually dictates what you should try and do,” Sweeney said. “Ours will probably indicate what direction we’d like. We certainly have areas we’d like to explore to add. But it’s been challenging. I think things will loosen up because there’ll be some teams that will identify themselves as not necessarily in the position they want to be. Some player movement will happen.” 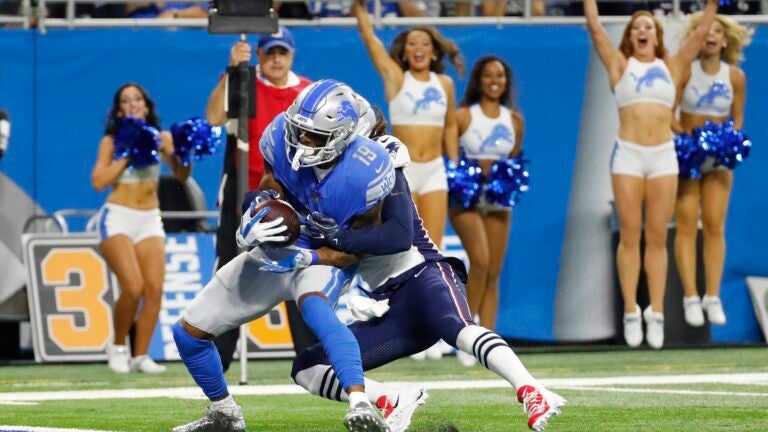 Morning sports update: NFL insider explained why he expects the Patriots to ‘attack in free agency’