PHILADELPHIA (AP) — Sean Couturier scored near the midway point of the third period to break a tie and the Philadelphia Flyers picked up a critical 3-2 victory over the Boston Bruins on Saturday.

Brian Elliott stopped 29 shots for Philadelphia, which moved within four points of Boston for the fourth and final playoff spot in the NHL’s East Division. The Bruins have two games in hand on the Flyers with Philadelphia having 16 games remaining. The two teams have completed their regular-season series.

Travis Konecny and Shayne Gostisbehere added goals for Philadelphia in the victory, which was only the second in eight contests against Boston this season.

Couturier broke a 2-2 tie just under seven minutes into the third, converting off a Joel Farabee pass to the right of the net and capitalizing on a fallen Swayman in the Boston crease for his 12th goal of the year.

That was enough for Elliott and the beleaguered Flyers’ defensive corps, which clamped down on the Bruins power play. Boston entered Saturday’s game with a 10-for-20 mark against the Flyers on the power play this season. Philadelphia held the Bruins scoreless in four tries on Saturday.

Boston opened the scoring early in the first period when Bergeron capitalized on a turnover behind the Philadelphia net and whipped a one-timer past Elliott. It was Bergeron’s 16th goal of the season and his eighth in eight games against the Flyers.

The Flyers answered quickly when Konecny pounced on a deep rebound from a Robert Haag shot and put it into the empty left side of the net to tie it. Late in the first period, Konecny threaded a nifty pass to Gostisbehere, who tipped it past Swayman to give the Flyers a 2-1 lead.

Boston tied the game midway through the second period when DeBrusk beat Elliott from the open area just above the crease.

Bruins: Defenseman Matt Grzelcyk left Saturday’s game after the first period with what the club described as an upper body injury. The 27-year- old was playing on the top pairing of the Bruins battered defensive unit, which has already been depleted by injuries to Charlie McAvoy and Brandon Carlo.

Flyers: Defenseman Ivan Provorov returned to the game shortly after taking a point shot just inside the left kneecap, crumbling to the ice in pain after just 18 seconds. Provorov has been Philadelphia’s top defenseman and has played 40 games this season. 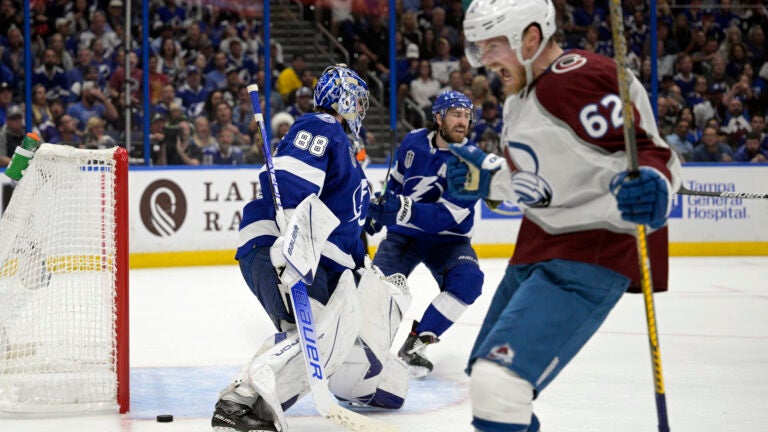