Cassidy described the play as incidental, noting that Kuraly appeared to be on his way down as Wilson approached. Kuraly was battling for the puck with two Washington players when he began to fall, and Wilson himself appeared to tumble over Kuraly as he skated through.

“There’s not much you can do once a guy starts tumbling down,” Cassidy said.

Kuraly went to the Bruins’ locker room but later returned to the bench.

Wilson refused to answer a question about the play in his post-game comments.

Wilson’s reputation will certainly drive the conversation, however. He has a history of questionable hits — last month, he was suspended seven games for a hit against Bruins defenseman Brandon Carlo. The NHL cited Wilson’s “substantial disciplinary record” as rationale for the severity of his punishment.

Carlo missed 10 games due to a concussion, and while he didn’t blame Wilson for the hit, Cassidy was significantly less charitable.

“Clearly looked to me like he got him right in the head,” Cassidy said at the time. “A defenseless player, a predatory hit from a player that’s done that before.” 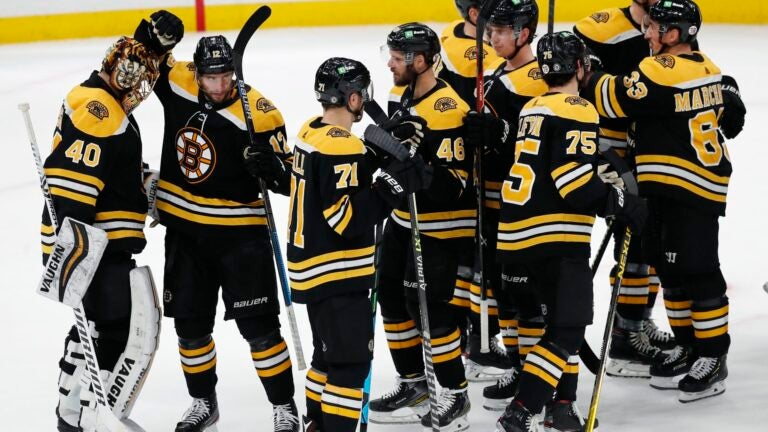