Left wing Brad Marchand is the Bruins’ franchise leader in shorthanded goals with 31 – six ahead of Rick Middleton and 15 ahead of the greatest Bruin of them all, Bobby Orr.

The Globe’s Matt Porter and John Hancock explored the reasons Marchand is so good at it in a multimedia feature. Some are obvious – his speed, stickwork, and shooting skill are foremost among them. But we also wanted to hear directly from Marchand himself.

“I think probably the way that I try to handle the puck would be the biggest thing,” Marchand said. “I think a lot of guys when they’re on the power play they get complacent a little bit. So when you hound them and when you’re aggressive on them, all it takes is one guy to make a mistake back there and you’re going to get a pretty high end scoring chance. I think that’s probably the biggest thing. We like to hound that puck and stay on it.”

Marchand also explained what he’s thinking when a shorthanded scoring opportunity develops, and the role his linemate, Patrice Bergeron, plays in springing Marchand for a shorthanded breakaway or setting him up for a penalty kill strike. 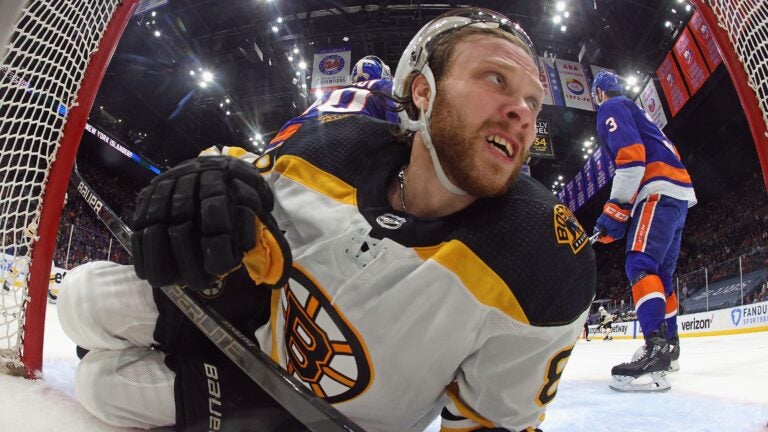