I’m a basketball guy first, baseball second. I’ve been fortunate to chase Bill Belichick and Tom Brady to an assortment of Super Bowls. Hockey is usually a side dish on my sports menu.

And yet, if you insist to me that a Stanley Cup playoff game is the greatest live experience in sports, there’s only one thing I will do: Nod my head in vigorous agreement.

There’s nothing quite like TD Garden when the Bruins are playing a meaningful game. The anticipation percolates, and the energy is palpable, as if you could reach out and grab it.

The ninth floor, where the media are situated, is a particularly extraordinary vantage point. Not only do you see the ice from an all-encompassing view, but you see the entire crowd, too. You see a goal develop, and then the full reaction to it. It’s beyond visceral. It’s engulfing.

I’ve been thinking about the playoff-hockey vibe a lot in the days before the Bruins begin their first-round series against Zdeno Chara and the Capitals Saturday. The Garden had been capped at 12 percent capacity for Bruins games since March 25, but that expanded to 25 percent May 10 — just in time for the playoffs — as more people get vaccinated and COVID-19 restrictions loosened.

Twenty-five percent capacity for a Bruins game is approximately 4,600 fans, and there is no doubt 4,600 fans can get that decibel level high enough to get everyone’s eardrums banging.

But I wondered: How do you ride that wave of emotion — something so crucial in the Stanley Cup playoffs — when you’re a broadcaster calling the game off-site?

NESN’s Jack Edwards and Andy Brickley have plenty of experience in doing so over the last year and a half, due to the circumstances of the pandemic. The longtime broadcast pairing has been back at the Garden for home games for a while now, but hasn’t called a road game in person since March 2020.

They’ve made the most out of calling road games from a feed in NESN’s studios in Watertown, and they’ll continue to do so in the first round of the playoffs. (Game 1 is exclusive to NBC, but Games 2-4 and if necessary 5-7 will air on NESN and NBC Sports Network.) But they acknowledge that they miss being on the road more than ever.

“I get excited watching hockey in any venue, whether it’s my den or TD Garden,” said Edwards. “But there’s nothing like being there.

“I’ve found as the season has gone on that I’ve gotten more emotionally involved. I found it really, really difficult to feel the game at first. Maybe even my first 15 or 20 games. I’d watch my air checks and realize I wasn’t bringing enough energy. So I try to see the excitement in the players and in the moments.

“It’s just harder. It’s harder to feel that raw emotion that is part of every single shift from October until April in a normal year, and increases exponentially in the playoffs.”

Brickley said it has been a challenge to replicate the energy of being in the building during a big game.

“When you do the job that I have, you kind of draw on your experience as a player,” said Brickley, who played 11 seasons in the NHL, including four with the Bruins. “That’s where you get the real good stuff.

“But I didn’t experience what these players have experienced over the last year and a half, playing in bubbles and in front of empty buildings. How do you generate the energy that’s necessary to play the game?

“And then that gets amplified when it gets to the postseason. If Jack and I are sitting in the green room in Watertown calling Game 2 of Boston-Washington, you don’t have that standing-ovation Chara moment [in the 2019 Stanley Cup Finals, when Zdeno Chara played despite a broken jaw]. You don’t have anything like that. We have to generate the energy ourselves.”

Edwards said that, from the broadcasters’ ninth-floor perch, the building actually shakes when there’s a big moment for the Bruins.

“You literally feel it,” he said. “That is the greatest amplitude of excitement. We say we’re high above the ice. But we’re high on emotion. That’s what happens when the crowd is that stoked, when there’s so much at stake, and when the players realize that every shift could be a once-in-a-lifetime experience.”

But it doesn’t begin with the drop of the puck, or even the first goal.

“It starts way before that,” said Brickley. “You’re outside the building at 5 o’clock and you know it’s a playoff game day. You already feel it. The needle is already moving. So when you think ahead to Game 2, we’re going to pull our cars into the parking lot at the NESN building, we’ve got to find the energy ourselves.”

Then there’s the regional hockey broadcasters’ longstanding lament: After the first round, the broadcasts are all national, either on NBC or NBCSN. If the team moves on, a couple of the voices that know them best get left behind.

“This is when we get jealous of the radio guys,” said Brickley. “They get to do every game as far as the Bruins go. Plus, they get to travel. They’re traveling now. We still haven’t been able to do that. It would be nice to be in the nation’s capital right now preparing for Game 2. 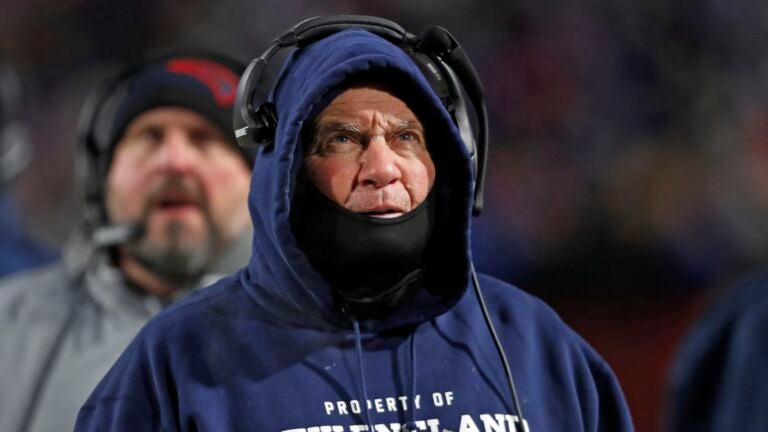