The Bruins will be down another defenseman in Game 4 against the Islanders.

“He was on the bike today, so he’s feeling better,” Cassidy said. “Obviously, we’ll list him as day-to-day. Until he gets on the ice, obviously he’s not going to be able to play or be in the lineup. So when that happens, as usual, that’s a step closer, so we’ll see how he does.”

The injury occurred in the third period when Carlo’s head hit the glass after receiving a hit from Islanders forward Cal Clutterbuck. Carlo knelt on the ice for a few moments and appeared dazed before skating back to the Bruins’ bench.

Clutterbuck shared he felt “bad” his hit caused an injury to Carlo.

“You don’t want to see anybody hurt,” Clutterbuck told reporters Saturday.
“I’m not going out there and trying to hurt people. That’s not the goal. The goal is to be effective and try and create turnovers.

“So when that happens, obviously it’s unfortunate. It gives you a bad feeling in your stomach definitely and I don’t like to see that at all. So I hope he’s OK.”

The Game 3 hit isn’t the first time Carlo’s been on the receiving end of a bad hit this season. In March, Capitals forward Tom Wilson hit Carlo high, forcing Carlo to go to the hospital. He was later diagnosed with a concussion and missed 10 games due to the injury.

Jarred Tinordi will be inserted into the lineup for Game 4 and will play on the third defensive pairing alongside Connor Clifton. Jeremy Lauzon will move up to the second pairing and play alongside Mike Reilly.

The Bruins are already without right-handed defenseman Kevan Miller due to an upper-body injury he suffered in their first-round series against the Capitals. Miller isn’t with the team in Long Island but is skating in Boston, Cassidy shared. 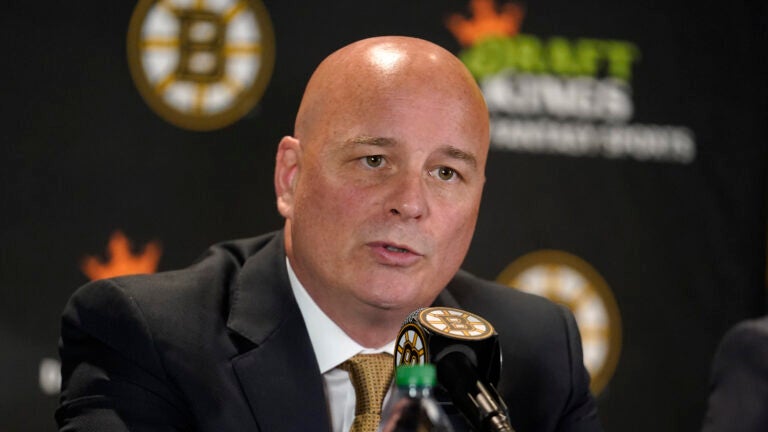