Islanders coach Barry Trotz and Bruins center Patrice Bergeron exchanged barbs regarding faceoffs via the media on Monday, before the Bruins and Islanders met for a crucial Game 5.

Trotz told the media that Bergeron is “one of the best” at faceoffs, adding that Islanders centers “all study what he does.”

“The biggest thing with [Bergeron], and really linesmen can control this, is he doesn’t like to get his stick down,” Trotz said. “He has to come to a stop, and then you have a fair fight. He’s a veteran guy who knows how to cheat on the faceoffs.

“I’m relying on our very capable officiating crew and linesmen to make sure the cheating doesn’t go on, because he’s good at it. All the veteran guys are. He’s not the only one, trust me. But he’s very good, he’s very capable, and he’s been a top centerman and faceoff guy for a long time.”

While Bergeron hasn’t been as successful at faceoffs this series, Trotz made a calculated decision to try and limit the damage he does going forward.

Without denying Trotz’ accusation, Bergeron made a calculated decision of his own when he was asked about Trotz’ comments later.

“I think [Trotz] said it was a veteran play,” Bergeron said.” I think it’s a veteran play by him as a coach to try to get the officiating and the linesmen to think about it.” 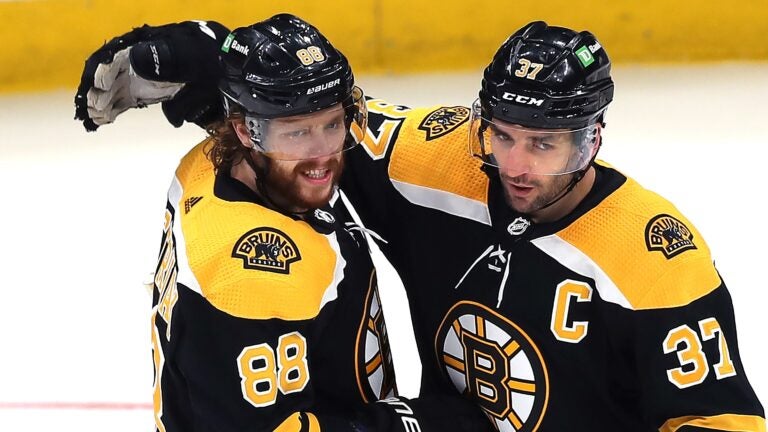