The Boston Bruins mostly have their opening night lineup intact for Game 1 of 82 a week from Saturday. With that in mind, they sent a mostly J.V. roster to Philadelphia for their second-to-last preseason tilt of 2021.

A good chunk of Monday’s roster will soon head to Providence — or elsewhere — to start the regular season. But that doesn’t mean we didn’t learned a thing or two from Monday’s matchup with the Flyers, especially with Jeremy Swayman and Jack Studnicka. Here are some thoughts on Swayman and Studnicka’s impressive preseason outings following Boston’s 2-1 overtime loss at Wells Fargo Center.

Swayman (34 saves on Monday) positioned himself for at least a 1B role entering training camp. He posted stellar numbers (7-3-0, 1.50 goals-against average and a .945 save percentage) after the Bruins threw him into the proverbial fire following injuries to Rask and Jaroslav Halak midway through the 2021 pandemic-shortened season. But Swayman’s small but impressive 10-game sample size and Rask’s recovery from hip surgery prompted GM Don Sweeney to sign Linus Ullmark as an insurance policy.

Ullmark struggled a bit in his two preseason tilts, highlighted by a head-scratching turnover to the stick of 2020 top overall pick Alexis Lafrenière in overtime of the Rangers’ 4-3 victory on Saturday. Yet, the Swede was one of the lone bright spots for a rather forgetful decade in Buffalo, posting a 2.78 GAA, .912 save percentage and a 50-47-13 mark in his 117 career appearances for the Sabres.

The Bruins will likely start Ullmark in Wednesday’s preseason finale against the Washington Capitals. Barring a Rask return or a Swayman injury, Ullmark will likely earn anywhere between 35-40 starts during his first season in Boston.

Swayman, on the other hand, earned the upper hand for the opening night starter role. His latest preseason outing behind a mostly Providence-bound roster all but secured Swayman’s spot between the pipes for Oct. 16.

“That would be special,” Swayman said to reporters regarding a potential opening night start. “Whenever I can help a team win, that’s all I want to do.”

A heavier and more explosive Studnicka impressed the Bruins’ brass during training camp. He earned a shot at second-line minutes with Taylor Hall and Craig Smith for a good chunk of the preseason. In portions where he didn’t skate with Hall or Smith — including Monday in Philly — Studnicka formed chemistry with fellow prospects Oskar Steen, Jakub Lauko, and Jesper Froden.

A returning Charlie Coyle will likely receive the second line assignment between Smith and Hall in Wednesday’s preseason finale. It didn’t halt Studnicka’s outing one bit. His explosive drive to the net, keen puck pursuit along the walls, and assertiveness away from the puck suited him well, resulting in a power-play tally and a team-high five shots on net in 16:36 of ice time.

“I liked his game and I liked his commitment of playing a 200-foot game and how he managed pucks,” head coach Bruce Cassidy said of Studnicka’s preseason performances.

Studnicka gained confidence with each preseason rep. He’s done everything asked of him during these few weeks.

Coyle’s return to full contact following offseason knee surgery left Studnicka with little real estate to position himself for an opening night roster spot. The Bruins may want their 22-year-old center to begin the year in a top-line role in Providence instead of skating limited minutes in a third or fourth-line in Boston. Keeping Studnicka in Boston means potentially breaking up a trio of Jake DeBrusk, Erik Haula, and Nick Foligno.

Studnicka will find himself in Boston at some point this season. It’s just a matter of when. 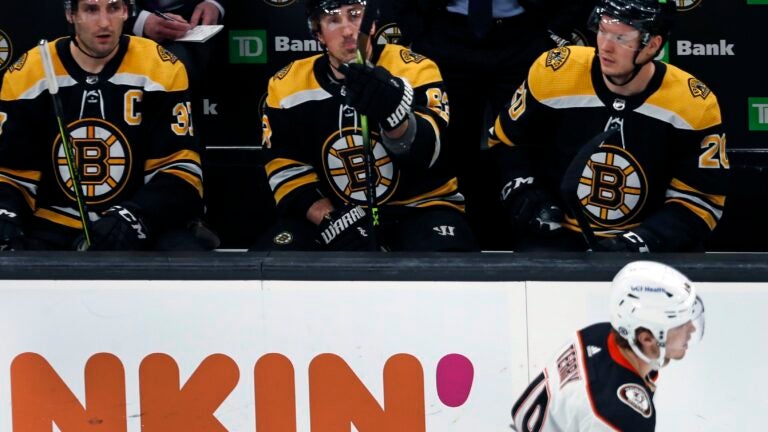