The Bruins and Panthers announced they plan to honor Jimmy Hayes with a moment of silence and special warm-up shirts prior to their game on Saturday.

Hayes, who died in August, played for both teams during his career — the Bruins from 2015-17 and the Panthers from 2013-15. Both teams will wear Hayes’ nicknames on the back of their shirts — “Hayesy” and “Broadway.”

Fans can bid on the warm-up shirts online at the websites for the Bruins foundation and the Panthers foundation. Per the team, proceeds will benefit a charity chosen by the Bruins and Panthers, as well as the Hayes family.

Hayes, a Dorchester native, died from an overdose of fentanyl and cocaine, according to his family. They released the information hoping to shine a light on the devastation addiction can bring to a family.

“If this can save someone from the pain, great,” Hayes’ father, Kevin, told The Boston Globe‘s Dan Shaugnessy. “It’s just so sad. I pride myself on being pretty mentally strong. I’m a street guy. But there’s just no formula for this.”

Hayes’ wife Kristen told Shaughnessy in a statement that she wants everyone to remember Jimmy the way she will: A loving husband and father.

“He would never want to see me, and the boys, and our family hurting the way we are,’’ Kristen wrote. “I know he would give anything to still be here with us today. I am heartbroken and devastated but I will choose to remember my husband and the boys’ dad by all the joy and love he brought us, and I hope everyone else does, too.’’

The puck drops at 7 p.m. on Saturday. The Bruins face the Panthers in Florida on Wednesday. 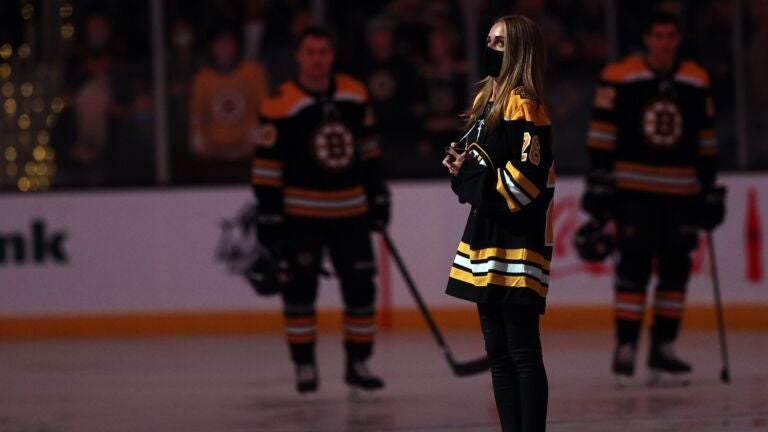