Bruins coach Bruce Cassidy was placed in COVID protocol, the team said Tuesday. No other information was immediately available. He was not present at the morning skate before Tuesday’s game against the Red Wings. Assistant Kevin Dean ran the practice.

He becomes the first Bruin to be placed in COVID protocol this season.

The most recent known employee was Jake DeBrusk, who spent 17 days on the list last March and April.

Bruins general manager Don Sweeney was expected to meet with reporters before noon.

Speaking of DeBrusk: The forward, who reportedly asked for a trade over the weekend, will apparently play as the Bruins work on a deal. DeBrusk lined up with Erik Haula and Curtis Lazar on the fourth line at the morning skate.

And Brad Marchand, suspended three games for his slew-foot on Vancouver’s Oliver Ekman-Larsson on Sunday, skated with the team Tuesday morning. Taylor Hall took his place on the top line, with Patrice Bergeron and David Pastrnak, and on the No. 1 power play unit.

With Hall moving up on the power play, DeBrusk rejoined the No. 2 unit. 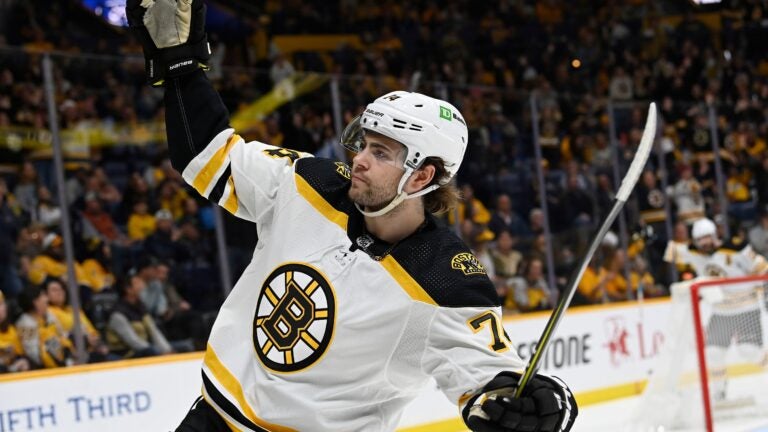 Amid trade request, the Bruins are seeing a different version of Jake DeBrusk