On Monday, winger Jake DeBrusk put in a trade request to the Bruins, according to his agent — citing a need for a fresh start.

The Bruins, it seems, respect DeBrusk’s position. Per general manager Don Sweeney, the team will attempt to accommodate the 25-year-old, and on Tuesday, winger Taylor Hall said the team doesn’t see DeBrusk’s situation as a distraction.

“He talked to us this morning,” Hall said after the Bruins dropped a 2-1 loss to the Red Wings. “He just said, ‘I love you guys. This is something in my career that I’m at a crossroads,’ and he’s going to have to do.

“But he’s not a distraction at all. It’s almost better that it’s out there. You have a day to kind of digest that. Jake’s a great kid. He’s got a lot of skill, and he’s going to have a great career in this league.”

The Bruins selected DeBrusk with the No. 14 pick of the 2015 NHL Draft. He is on the final year of a two-year contract and will become a restricted free agent after the season.

On Monday, Sweeney hinted the team knew about DeBrusk’s desire for a fresh start for a while.

“I’m not overly surprised that this eventually came out,” he said. “I’ve been in the know for quite some time, and we’ve been trying to look at a hockey trade situation that would help the Boston Bruins and, as I do my job, accommodate with what Jake thinks [is] best. There’s a balance there.”

Hall said the team will deal with DeBrusk’s request “head-on.”

“You just go play the game,” he said. “And that’s the culture, that’s the model that we have. Whoever is in, you have to play well, and that’s what we said this morning: We expect Jake to play as well as he can even under the circumstances.”

DeBrusk has just three goals and three assists in 17 games this season. He notched 43 points (16 goals, 27 assists) in his first year with the Bruins. 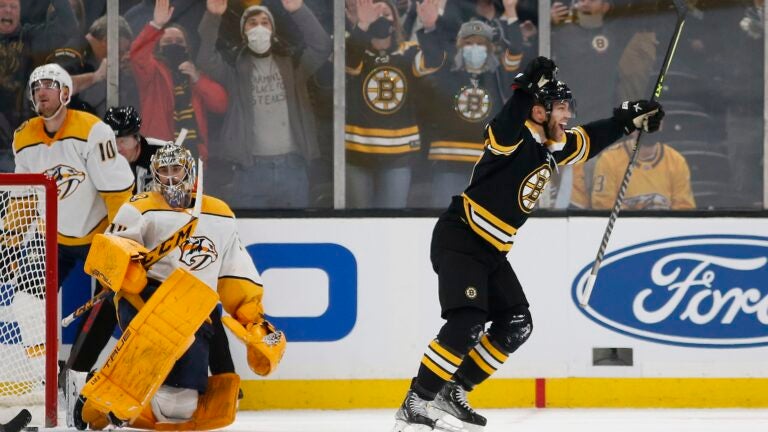