It’s happening, Bruins fans. Tuukka Rask is about to be back for real.

During a media availability before the Bruins’ game against the Montreal Canadiens on Wednesday night, Bruins head coach Bruce Cassidy said he won’t wait too long to see how the veteran netminder fares in goal for his longtime team.

“Our intention is to start Tuukka tomorrow, all things being equal,” Cassidy said. “He’ll have to be ok with that. I believe he is.”

That would bring Rask back to action in front of a hometown crowd as the Bruins take on the Philadelphia Flyers for his first game since Boston was ousted from the Stanley Cup Playoffs last summer. Rask, who was an unrestricted free agent this past offseason, did not immediately re-sign with the team and had surgery to repair a torn labrum in his hip that hampered him at the end of the 2020-21 season.

But the 34-year-old was always clear about his desire to re-sign with the Bruins, a goal that was brought to fruition on Tuesday when he inked a contract that will pay him a prorated $545,000 for the rest of the year.

Now, he’s in line to back up Linus Ullmark on Wednesday against the Habs before taking the net on Thursday. Rookie Jeremy Swayman, meanwhile, has been sent down to the Providence Bruins of the AHL.

For now, Cassidy said the Bruins don’t intend to push Rask back into a full-time starting role too soon.

“We gotta see how he performs,” said Cassidy. “Right now, his conditioning is recovering…we have a lot coming up, so obviously most goalies are going to get the net.

“We might alternate early on to see how it goes. But again, some of it is, how does Tuukka respond to playing right away from the surgery and production obviously, the play from both goaltenders. That’s how we did it earlier this year.”

Rask comes back in the middle of a strong push from the Bruins, who have won five of their last six games and currently hold the eighth playoff spot in the NHL’s Eastern Conference.

Some steady goaltending from the veteran would certainly help that cause.

“I think the past few games, the team’s showed that they can play some real solid hockey against some good teams,” Rask said. “It’s a long season, so there’s still plenty of games left. I think as long as we keep building in the right direction, like we always say, it’s all about making the playoffs and then anything can happen. Looking forward to that.” 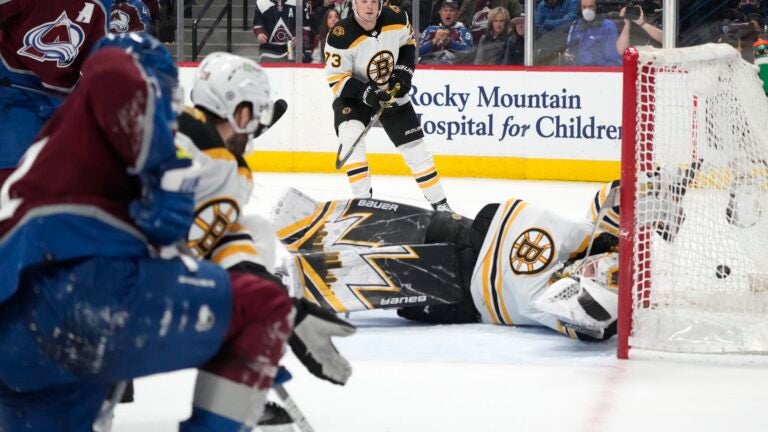