Already down their starting goalie, the Hurricanes had to call on the backup to the backup in Game 2 of their first-round series against the Bruins.

Less than eight minutes into the game and with the Bruins on the power play, David Pastrnak chased a puck that was dumped into the attacking zone. Hurricanes goalie Antti Raanta gathered the puck off the boards just a few feet away from the net. As Raanta tried to clear the puck out of his zone, Pastrnak came in, appearing to slow down as he got closer to Raanta.

However, Pastrnak wasn’t able to come to a complete stop in time, colliding with Raanta and appearing to hit the goalie’s head. Raanta immediately laid down on his left side as Hurricanes defenders went after Pastrnak.

Raanta laid on the ice for a few moments before skating off the ice. With starter Frederik Andersen already out due to a lower-body injury, third-string goalie Pyotr Kochetkov came into the game to replace Raanta, who allowed just one goal on 36 shots in Game 1. The 22-year-old Kochetkov played in just three NHL games before entering Game 2. Raanta was ruled out for the remainder of the game due to an upper-body injury during the first intermission, the Hurricanes announced.

Pastrnak was originally issued a five-minute major for his hit. But after a video review, his penalty was downgraded to a two-minute minor for goalie interference.

The Bruins were just 17 seconds into their second power play of the night when Pastrnak’s hit occurred. Boston’s power-play issues have continued to start in Game 2 after it didn’t score on its first power play.

No one scored on the ensuing 4-on-4 nor did the Hurricanes score on the short power play after. Carolina scored two goals though later in the first period, with Jesper Fast and Sebastian Aho giving the Hurricanes a 2-0 lead. 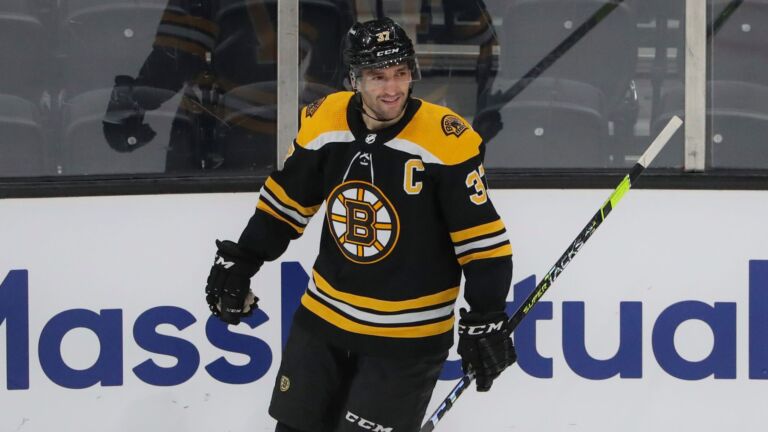