Game 7 of the Bruins-Hurricanes series on Saturday will begin at 4:30 p.m., the NHL announced early Friday morning, and it will kick off a tripleheader of games that decide a first-round playoff series.

Bruins-Hurricanes in Raleigh, N.C., will be followed by Game 7 of the Lightning-Maple Leafs series in Toronto at 7 p.m. Game 7 of the Oilers-Kings series in Edmonton is the nightcap at 10 p.m.

In the Bruins-Hurricanes series, the home team has prevailed in the first six games. Boston is 15-13 in Game 7s, with its last appearance in one being the 2019 Stanley Cup Final – a loss to the St. Louis Blues. Carolina is 5-3 in Game 7s in franchise history.

Game 7 of the Bruins-Hurricanes series will be televised on ESPN.

Three teams that were trailing in their series all forced Game 7s on Thursday. The Bruins defeated the Hurricanes, 5-2, while the defending Stanley Cup champion Lightning needed overtime to post a 4-3 victory over the Maple Leafs and the Oilers avoided elimination with a 4-2 win over the Kings. 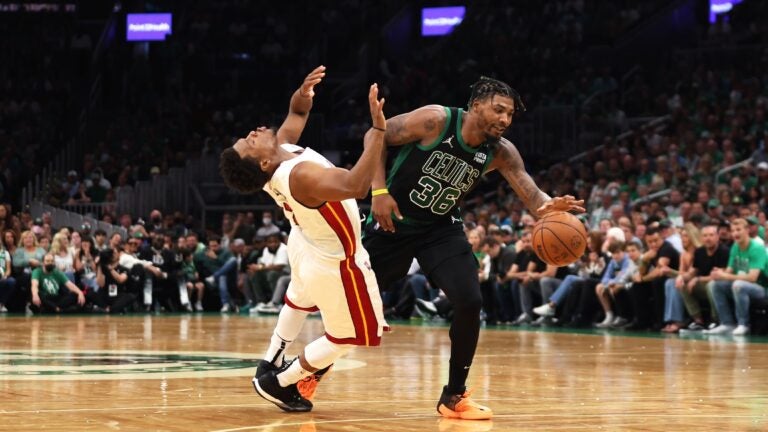