The Bruins saw their season come to a crashing halt Saturday, as they fell, 3-2, to the Carolina Hurricanes in Game 7 of the opening round.

They had their chances, including during a frantic finish where they scored with 21.7 seconds left and nearly tied it but couldn’t do so. It was another disappointing ending for a talented team that has now lost in the first or second round in each of the last three seasons.

“You only have a few opportunities at these where you have a legit chance at going far. And we thought we had that this year,” Brad Marchand said. “So yeah, it hurts.”

Perhaps the most pertinent storyline from the series was that the home team won every game. Marchand made it clear there’s a reason teams battle all year for home-ice advantage and said both sides feed off the energy from the crowd.

As for Game 7, head coach Bruce Cassidy acknowledged the Bruins had a chance when Taylor Hall couldn’t capitalize on a 2-on-1 opportunity. Cassidy said it was a big-time save from Antti Raanta and that it shifted the momentum. If the Bruins had scored first, he said, that would have put some pressure on the Hurricanes to respond, rather than the other way around.

He also addressed their defensive zone coverage – an area he believes they’ve excelled all season – as a problem Saturday night.

“Yeah they make plays, but more on us not to get the job done defensively, be in the right spots, good sticks, so that’s probably where I most disappointed that’s how it ends up,” Cassidy said.

The Bruins sliced it to 1 on a Jake DeBrusk goal and nearly tied it on a Trent Fredric wrister, but instead, the Hurricanes pounced moments later. At that point, the Bruins had a steep, uphill climb and simply ran out of time.

They left extremely disappointed with the outcome but pleased with how they competed until the end.

“It stings and it’s not the feeling that you want. But that being said, we did it together,” Bergeron said. “It’s always hard to say that when you come up short, but it is something to be proud of. We battled. That’s something that we’ve done all year.” 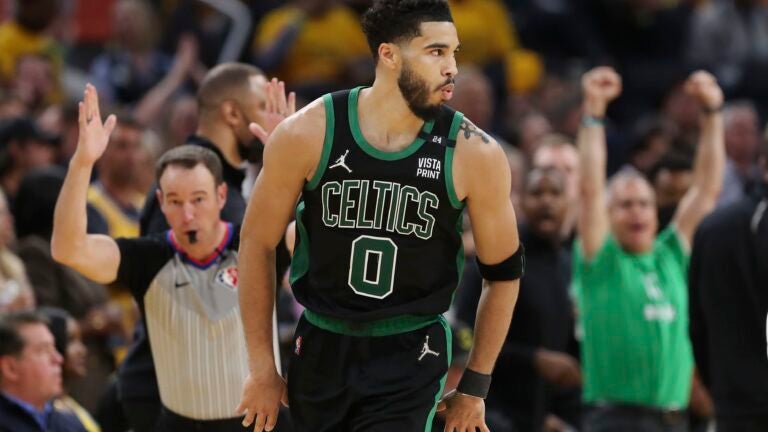