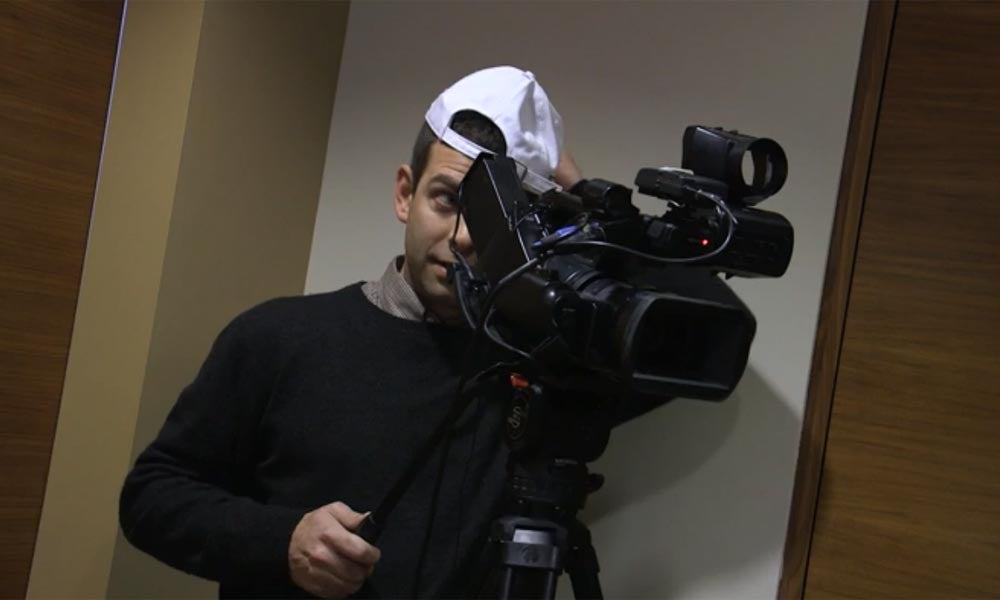 Just before 11 p.m. Monday night, Celtics coach Brad Stevens stood with his arms crossed, his feet neatly tucked behind the sideline of the Minnesota Timberwolves’ home court at the Target Center in Minneapolis. Seconds later, with the game hanging in the balance, Stevens watched second-year guard Marcus Smart streak in front of him and clang a contested 3-point shot off the back rim.

Stevens lowered his head, then joined the procession of Celtics walking off the court.

Hours later, despite the team’s flight getting back into Massachusetts somewhere around 3 a.m., Stevens was one of several Celtics hustling around the state in an effort to win over fans and sponsors. In addition to the coach, guard Evan Turner and forwards Kelly Olynyk and Jae Crowder split up to host separate events Tuesday, finding themselves in schools, airports, and in the case of Stevens, behind a camera.

“I’m sure when it was all scheduled no one was thinking about the fact that we’d be getting in at 3 a.m.,’’ says Celtics team president Rich Gotham, who joined his team in trekking 1,400 miles and was admittedly struggling to keep his head up at his desk. “We don’t get too many off days. You have to take advantage.’’

11 a.m. — Crowder meets students at Boston’s Sarah Greenwood School. Joined by former player Leon Powe, mascot “Lucky’’ the Leprechaun, and a member of the Celtics Dancers, Crowder is there to discuss the Stay In School program promoting attendance and engagement. 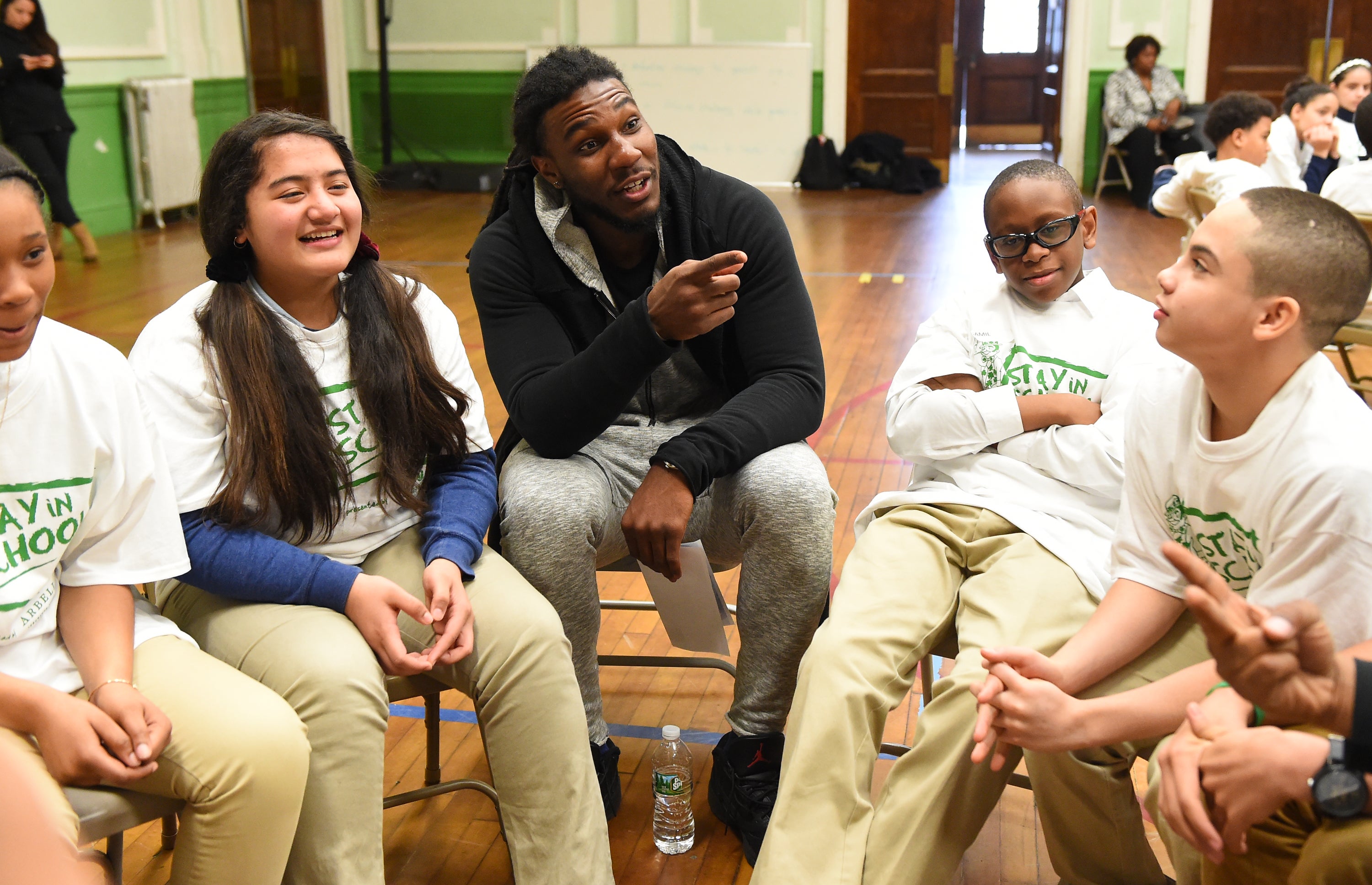 1 p.m. — Turner gives away a plane-full of Celtics tickets to an entire JetBlue flight at Logan Airport, many of whom don’t appear to have heard of Evan Turner.

1 p.m. —Stevens, Brian Scalabrine, and Powe surprise Celtics season ticket holders renewing their seats for next season. A Celtics staffer says he wishes fans could see how funny Stevens can be. In the clip below, Stevens plays a camera man, popping out to surprise some unsuspecting fans. 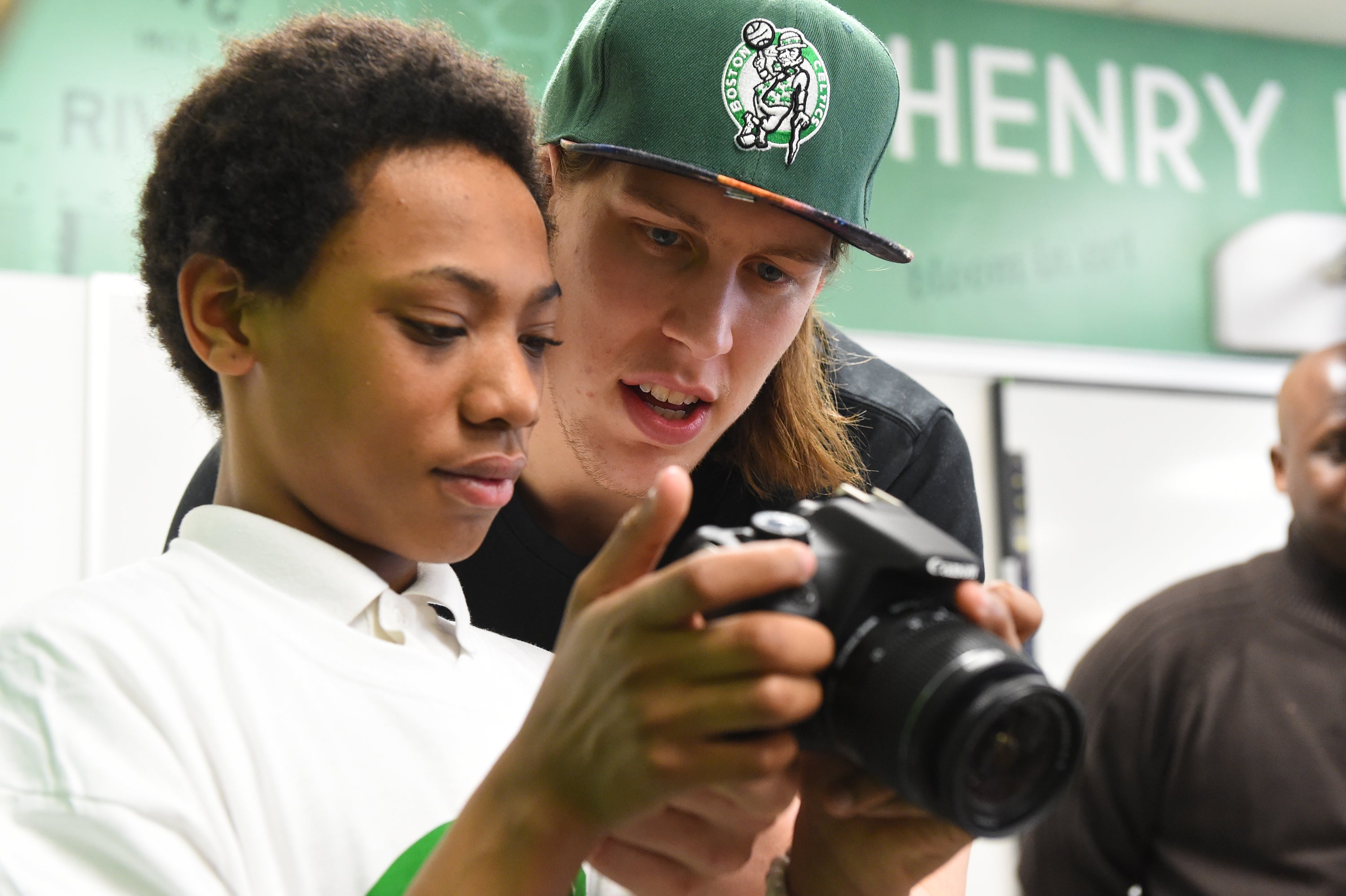 Kelly Olynyk checks out a new camera with a student at Henry Lord Community School.

Gotham describes the community outreach events as “a huge part of our culture.’’ He says in his 14 years with the team he’s never had a group as willing to participate as this one. Through Tuesday, Celtics players have made 130 appearances in the community since the NBA calendar began in July; the team has ranked No. 1 in the NBA for total community events for two years in a row.

“I just always appreciated when I was a kid when someone came back and gave back, it gave me someone to look at, and I always said when I’d get older, I’d do the same,’’ says Turner.

Regarding the corporate events, Gotham says the team is also realistic with players on the league’s economics, and on giving back to the fans who support them with their emotional investment as well as their dollar. He says the organization doesn’t plan more events when the team is winning, but on-court success helps in terms of reception.

“It’s a more fun and energized environment,’’ he says.