The Celtics win, the Bruins lose, and a bombshell New York Times report sheds more light on the NFL.

Which teams should Boston Celtics hope to play in postseason?: The Boston Celtics clinched their first winning season under head coach Brad Stevens with a 91-79 win over the Toronto Raptors on Wednesday. The 39-year-old coach, who is always focused on the next challenge, took a brief moment to savor the progress of his team, particularly over the past calendar year, but quickly downplayed the accomplishment. “There’s been good progress. There’s been good growth. And that’s my biggest focus,” Stevens said. “But you don’t sign up to come to the Boston Celtics to win 42 games, so we’ve got a long way to go.” (ESPN.com)

In N.F.L., Deeply Flawed Concussion Research and Ties to Big Tobacco: For the last 13 years, the N.F.L. has stood by the research, which, the papers stated, was based on a full accounting of all concussions diagnosed by team physicians from 1996 through 2001. But confidential data obtained by The Times shows that more than 100 diagnosed concussions were omitted from the studies — including some severe injuries to stars like quarterbacks Steve Young and Troy Aikman. The committee then calculated the rates of concussions using the incomplete data, making them appear less frequent than they actually were. (New York Times)

Bruins lose fourth straight, 5-2 at Rangers: Keith Yandle set up two first-period power-play goals and Lundqvist made 39 saves in a 5-2 win on Wednesday night that sent the Bruins to a season-high fourth straight loss. (Boston.com)

Arians surprised Chandler Jones available, wants to keep DE long term: Arizona Cardinals head coach Bruce Arians said he was “shocked” that defensive end Chandler Jones was available in a trade from the New England Patriots and that he’s confident the team will sign Jones to an extension before he becomes a free agent after the 2016 season. (ESPN.com)

The greatest Boston Celtics of all time 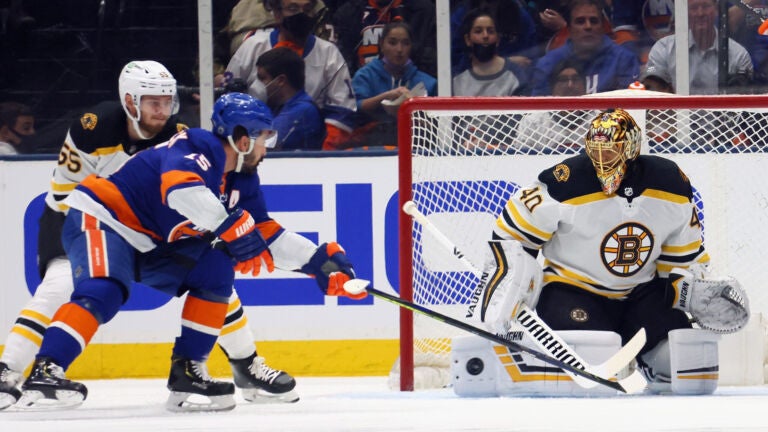 What Brad Marchand had to say about Tuukka Rask's overtime performance