Isaiah Thomas had never met Mark Wahlberg before Wednesday night.  Now, according to Thomas, the two are good friends.

Isaiah Thomas on moment shared with Mark Wahlberg: “We got a little friendship brewing.” Lobbies for role in future film.

Isaiah Thomas had a moment with Mark Wahlberg after a three in fourth. “We have a friendship now” pic.twitter.com/kYXuHE1eGf

“Once they showed [Wahlberg] up on the jumbotron, I had to find out where he was,” Thomas told reporters after the game.

With 6:45 to play in the fourth quarter, Thomas hit a three-pointer on the right baseline to give the Celtics a 74-70 lead.  After knocking it down, the 5’9″ guard immediately acknowledged Wahlberg to his right.

“When I hit the shot, I definitely had to point to him,” said Thomas, who led all scorers with 23 points. “We got a little friendship brewing.”

Don’t be surprised if Thomas makes a cameo in one of Wahlberg’s movies in the near future. 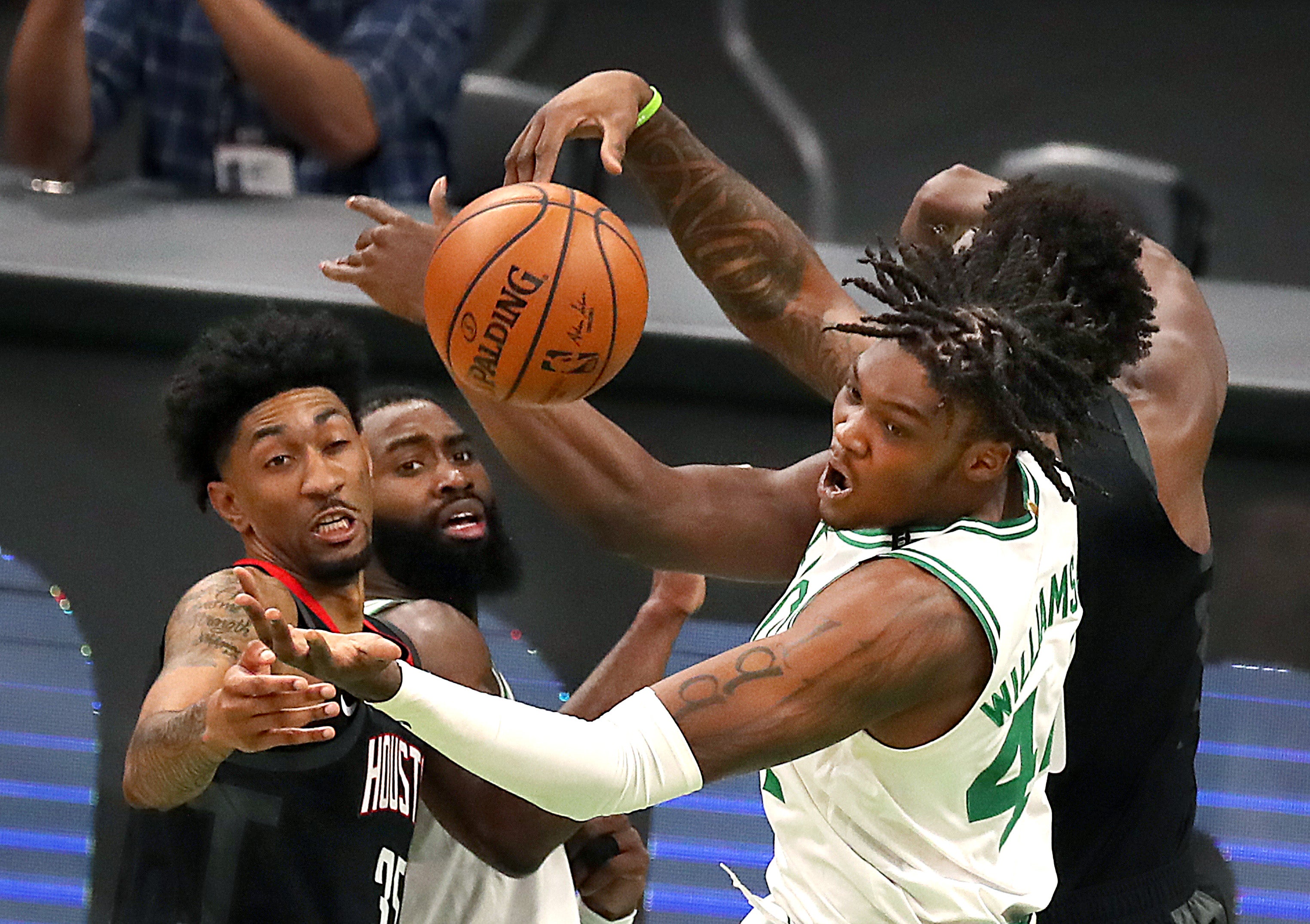 Robert Williams continues to shine, this time in a starting role