Isaiah Thomas helped the Celtics end the Warriors’ historic run of home dominance on Friday night by scoring all of his team-high 22 points in the second half in Boston’s 109-106 road win.

What did the All-Star attribute his breakout half to against the defending champions? He credited a halftime audible on his footwear.

The 5-foot-9 point guard told ESPN’s J.A. Adande after the game that he switched to a pair of All-Star Kobe Nikes at halftime after going scoreless in the first half.

“Them other shoes didn’t have any buckets in them,” Thomas said. “I always know the All-Star Kobes will give me some kind of buckets.”

I was actually going to predict this! But sadly I lost my phone for a while. Well anyways what I big win for the Celtics, and loss for the Warriors.

With the aid of a fresh pair of kicks, Thomas erupted for 18 points in the third quarter, helping the Celtics keep pace with the Warriors despite Stephen Curry’s 21 points in the quarter.

“That was one of the funnest games I’ve been a part of,” Thomas told reporters in Oakland, “just because every time they hit us with something, we hit them right back. Usually teams don’t do that. That’s usually when they go on their runs.”

While Thomas cooled off in the fourth quarter, it was his layup off an inbounds play with eight seconds remaining that helped sealed the win and end the Warriors’ 54-game home winning streak.

Thomas also strengthened his own franchise record in the win, leading the Celtics outright in scoring for the 15th consecutive game. He’ll have a chance to extend that streak Sunday night against his former favorite team: the Los Angeles Lakers. 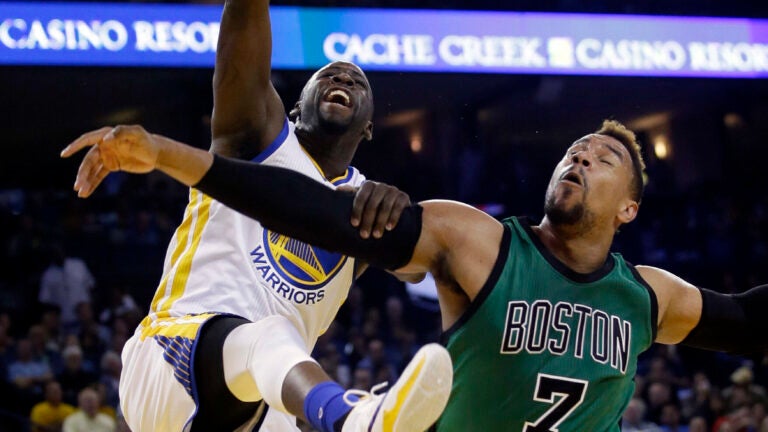 No foolin’, Friday was a special night for Boston sports fans