Isaiah Thomas had a smile on his face when he arrived at the podium in TD Garden following Boston’s 103-95 Game 4 win over the Atlanta Hawks. He also had his children with him. After scoring a team-high 28 points in the victory on Sunday, Thomas shared the limelight with his two sons: Jaden and James.

The adorable brothers listened as their dad fielded questions from reporters. At the end of the session, the point guard introduced his two sons and the pair took that as a sign they could have some fun talking into the microphones.

For the next minute, Jaden and James took turns speaking, with James declaring that, “Isaiah is the greatest basketball player.” Immediately, the pair earned plenty of fans across social media.

The duo has plenty of reason to be proud of their dad, who is leading the entire NBA in postseason scoring with 28.3 points per game. 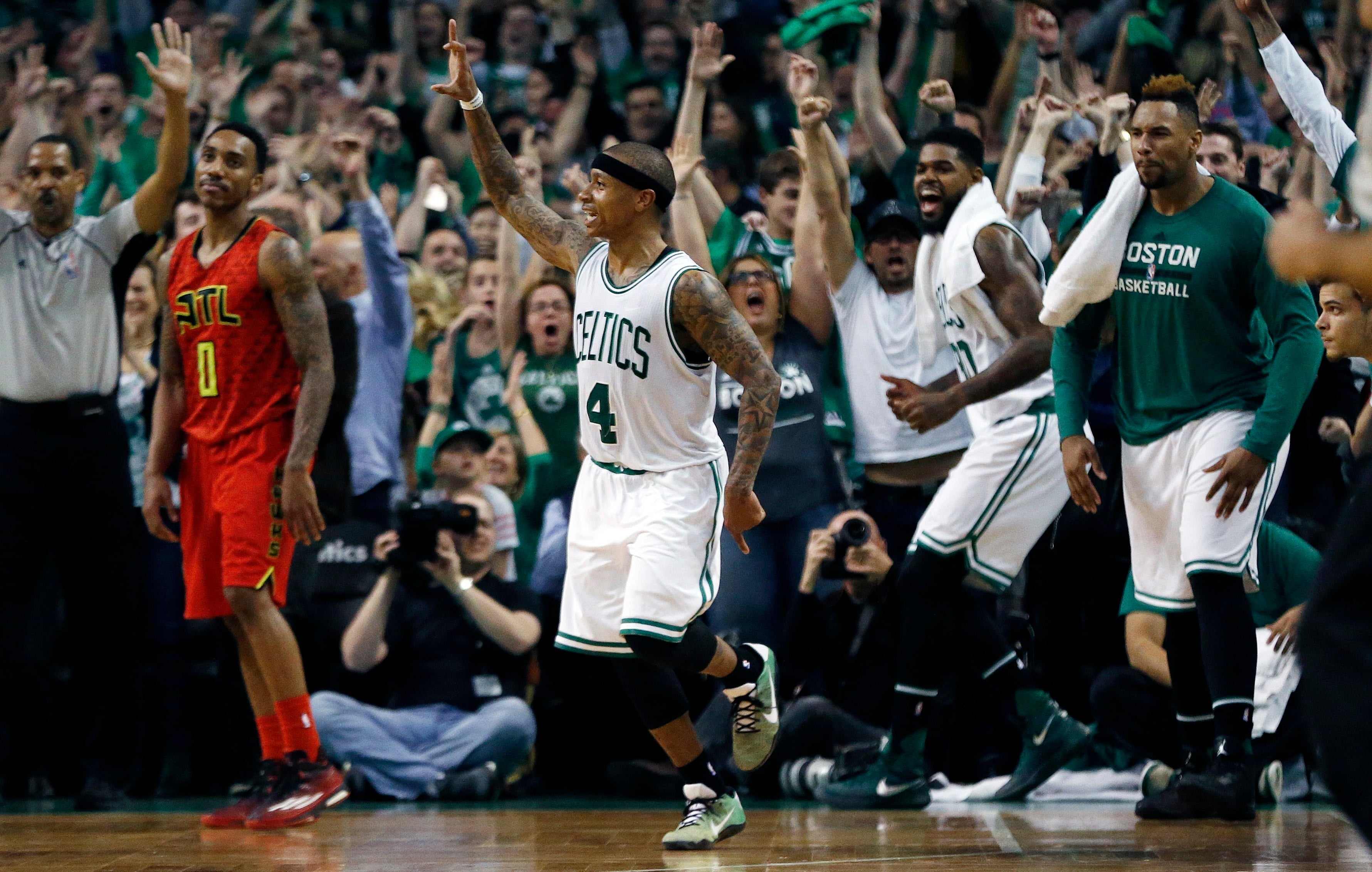