The Celtics left the Salt Lake City summer league with a perfect 3-0 records thanks to Terry Rozier.

In the final five seconds of the Celtics’ game against the Spurs on Thursday, Rozier nailed a 3-point shot that put the Celtics up by one. The 22-year-old guard was fouled on the play, and while he missed the ensuing free-throw, the Celtics held on for the 87-86 win.

“I was kind of open for a second, so I called [Guerschon Yabusele’s] name,” Rozier told Celtics media after the game. “He got me the ball, and I threw up a prayer. I was just like, ‘I gotta hit it.’ Us going against the Spurs, it’s always down to the last shots. … It was a fun game.”

Rozier explained that Celtics president of basketball operations Danny Ainge motivated him during the game, and told him he had to shoot the ball.

Rozier says he was “gassed,” but Danny Ainge came and whispered in his ear, “I don’t care how tired you are. You’ve got to shoot the ball.”

Rozier finished the game with team-highs of 23 points, seven rebounds, and six assists. He was 8-for-15 from the field and 6-of-7 from the free-throw line.

“[Terry’s composure has been] really big, and we’ve leaned on him,” summer league coach Micah Shrewsberry told Celtics.com. “With R.J. [Hunter] and Jaylen [Brown] not playing [the last two games], he’s really had to take on a leadership role, even more, but also a bigger scoring role.”

The Celtics will play next in Las Vegas summer league on Saturday against the Chicago Bulls. 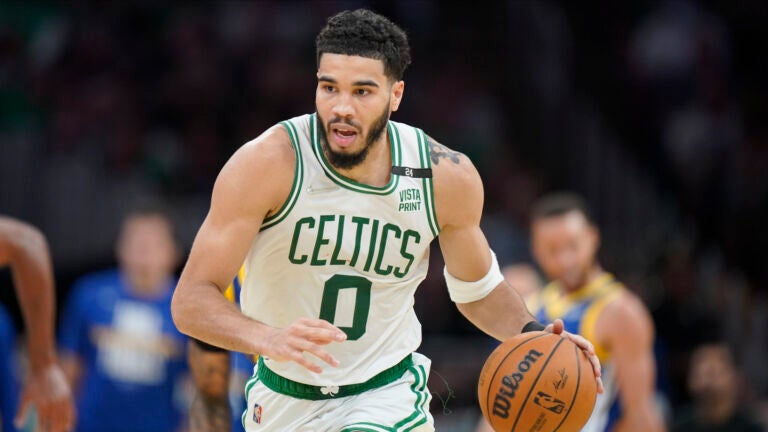