The Blue Jays walked off in the American League Wild Card game, and Al Horford made his debut for the Celtics in Amherst.

Horford’s play opened things up for other C’s starters: In the first game of the preseason, the Celtics fell to the Sixers 92-89, but the loss was not without bright spots for Boston. Al Horford caught the attention of coach Brad Stevens with his play, particularly the way he drew the attention of the defense and made the game easier for his teammates. Horford scored 8 points in just 15 minutes, earning a +19 rating. “We were getting a lot of good looks,” Horford said. “That’s what you want on offense.” (CSNNE)

Edwin Encarnacion crushes game-winning home run, sends Blue Jays to ALDS: Impending free agent Edwin Encarnacion hit a walkoff 3-run homer in the bottom of the 11th off Ubaldo Jimenez as the Blue Jays beat the Orioles 5-2. Toronto advances to the divisional series to take on the Rangers, while Baltimore’s season ends in heartbreaking fashion. One big controversy to emerge from the game was O’s manager Buck Showalter electing not to use historically dominant closer Zach Britton. (NESN)

Belichick finds loophole: Tom Brady might not talk until after Sunday’s game: The most noteworthy Patriots story this week has been the quiet return of Tom Brady. Brady’s Deflategate saga was the prevailing NFL story for months (even as the league battled questions about the safety of the game), but the quarterback has been out of sight since returning to the team Monday, and given that he has not been activated, may remain that way until Sunday’s game. (Yahoo Sports)

Canadiens beat Bruins in Quebec City exhibition: Brad Marchand, Patrice Bergeron and Zdeno Chara returned to the Bruins, but it was not a strong debut for the defenseman, who turned the puck over to allow the game-winning goal for Montreal. Also making their preseason debuts for the B’s were Torey Krug and David Krejci, the latter of whom was featured on an unconventional line composed of three natural centers, alongside newcomer David Backes (who will presumably shift to wing) and Ryan Spooner. (WEEI)

Farrell holding off on naming official 25-man roster: The Red Sox revealed that another of their players’ seasons had come to an end when Robby Scott was removed from the active roster, but have still not solidified just who will travel to Cleveland for the ALDS. Most of the team’s construction is obvious, but the backup catcher spot remains uncertain, as does the bullpen. The team has a plethora of decent options, including longshot Steven Wright, who said he is working toward being available for the ALCS. (CSNNE)

ESPN’s oral history of Bill Belichick offers rare insight: Despite the Eagles being undefeated behind rookie Carson Wentz, and the Vikings – without Teddy Bridgewater and Adrian Peterson – also being undefeated, the talk of the NFL continues to be the New England Patriots. Just after one reporter shared a personal anecdote about Bill Belichick, ESPN unveiled it’s latest work on the coach, a compilation of stories and quotes from the personnel who have worked closest to him. (Boston.com) 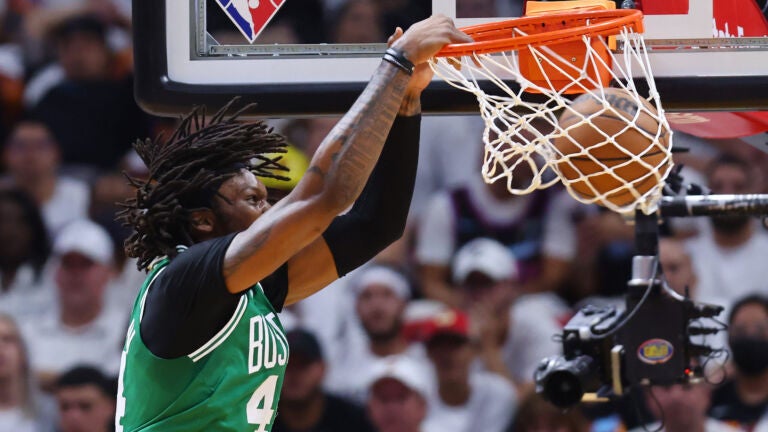