Trade rumor season has yet to begin in the NBA, but that hasn’t stopped the whispers surrounding DeMarcus Cousins. The 6-foot-11 center is once again thriving on a subpar Sacramento Kings team that has failed to win more than 32 games in a season during Cousins’ seven-year career.

While any move involving Cousins likely wouldn’t be made until after Dec. 15 (the date most newly signed free agents can be traded), Sean Deveney of The Sporting News reports that a trade for the double-double machine could be in play by the trade deadline.

Would the Celtics be interested in such a deal? It depends on which part of the organization you talk to, according to Zach Lowe of ESPN.com. While it’s fair to say all 29 NBA teams would be interested in trading for an All-Star like Cousins, it all comes down to the price tag.

The Celtics are one of the few teams in the league with the necessary assets to make a trade for a star, but the question of just how many assets Danny Ainge would be willing to sacrifice on a polarizing big man remains. With that in mind, we examined what a trade package might look like for the two-time All-Star.

To understand what Cousins could fetch for Sacramento in a potential deal with Boston, it’s important to first get a sense of the NBA trade landscape for stars. Here’s a look at four trades of stars from the past five seasons and some underlying factors from the deals.

1. Comparable situation for Cousins: Deron Williams. The closest comparison we can make to Cousins’ current situation out of these past deals is Williams, largely because he had more than a year remaining on his contract when sent to the Nets in 2011. The former Jazz point guard had a stronger postseason track record in Utah and less baggage than Cousins does currently, but it’s fair to expect a comparable haul for the Kings center.

2.  Star potential is required in the return package for a star – A player with a high ceiling or a future high draft pick was a requirement in all of these deals, outside of Harden. The Rockets shooting guard had less of a track record at the time he was traded than the others, so he is the exception. Gallinari, Wiggins and Favors had various ceilings of potential when dealt, but nearly all of them had a higher one than any current young pieces on the Celtics roster.

3. An evolving financial landscape has made finding a trade tougher – While most of these deals came to be (Anthony, Love) out of fear that said player would walk upon hitting free agency, some did occur (Harden) due to money/salary cap restraints. Those concerns no longer exist in today’s NBA, in large part due to a salary cap number that now is over $94.1 million. Only two teams (Cleveland, LA Clippers) are even flirting with the luxury tax this year, and both of those franchises have owners with big pockets. That reality has created an atmosphere where stars hitting the trade market are harder to find and more costly to acquire with assets.

Rumors have been swirling around Cousins for years, but his contract situation now makes a trade a more realistic possibility compared to past years, as Deveney reports. The center is due to become a free agent in the summer of 2018, leaving him with less than two years remaining on his current deal. Here’s the breakdown of said contract:

The possibility that Cousins leaves the Kings in free agency is very real if the big man wants to contend in the near future, so the trade window to maximize a major return for the Kings is starting to diminish. Conventional wisdom says the sooner the Kings make a move, the bigger bounty they can demand for the 26-year-old. The good news for them is that his current contract is a bargain compared to the other deals that were handed out last year in the face of a skyrocketing salary cap, making him an even more attractive chip for any NBA roster right now.

What would Cousins Cost the Celtics in a Hypothetical Deal?

Taking into account all of the necessary factors, we can properly speculate on Sacramento’s price tag for Boogie. Keep in mind this is a All-Star center in his prime who is currently averaging a career-high 28.7 ppg and shooting the 3-ball at a 39 percent clip. Despite his team’s lack of success over the years, the numbers indicate that Cousins still hasn’t reached his peak as a player, which only helps the Kings in trade talks.

Analysis: The Celtics have vigilantly tried to stock their backcourt over the past few seasons with plenty of young talent. Luckily, that’s one area of the Kings roster that could use some help, as the team’s current backcourt rotation consists of largely veteran journeymen (Ty Lawson, Darren Collison, Arron Afflalo).

With four of the top five 2017 draft prospects from DraftExpress projected to be point guards, the Kings would be able use the 2017 Nets pick swap find their point guard of the future. Jaylen Brown provides plenty of potential on the wing (another area of need for Sacramento), while the additional 2018 Brooklyn pick helps make up for the lack of a clear-cut potential star in the deal.

It would be a heavy price to pay for Boston, essentially spending their entire draft pick haul from Brooklyn on the right to acquire Cousins, but that’s the challenge of sparse trade market for stars. In order to offset the losses of Smart and Brown, the Kings include a couple of serviceable role players in the deal to round out the roster. To be clear, this is not an offer that the Celtics would necessarily agree to, it’s just one the Kings would likely give the green light to.

Analysis: From a team-building standpoint, a complete tear down of the Kings roster is probably the best move if GM Vlade Divac is going to move on from the Cousins era in Sacramento. However, with an arena that just opened for the 2016-17 season, ownership may not have the stomach to take another step back after missing the playoffs for ten consecutive seasons already.

The inclusion of Avery Bradley in Boston’s hypothetical package (in place of the 2018 Brooklyn first round pick) helps Sacramento address this problem. While he might not have the star potential of a future lottery pick, he’s on a bargain contract through 2018 and his offensive ability is still growing by the year. Together with Marcus Smart, the pair could form one of the top defensive backcourts in the Western Conference immediately. That potential isn’t enough to convince the Kings to part with Cousins, so Danny Ainge could sweeten the deal with Jaylen Brown, the 2017 Brooklyn pick swap and another future first round pick to help restock the Kings’ draft stash.

The Celtics would get back a replacement starting shooting guard in the deal (Afflalo) to help soften the blow of losing Bradley. Casspi would provide additional shooting wing depth as well for Boston, and Ainge would still maintain a one Brooklyn pick in his stash in another deal to help fill out the roster.

It’s once again important to emphasis that the potential deals I mentioned aren’t ones the Celtics would necessarily agree to. Instead, these are simply packages that would likely satisfy the Kings’ lofty demands for the time being. Ainge doesn’t like to pay full price for a star but that’s what he would be doing here.

The fact remains that the asking price for Cousins will only trend downwards as the season continues, and it remains unclear whether Danny Ainge would want to go all-in on a player like Cousins who has no track record of team success and question marks surrounding his attitude and effort. Still, as potential available superstars remain few and far between on the trade market, the Cousins question is one the Celtics will have to think long and hard about in the coming months. 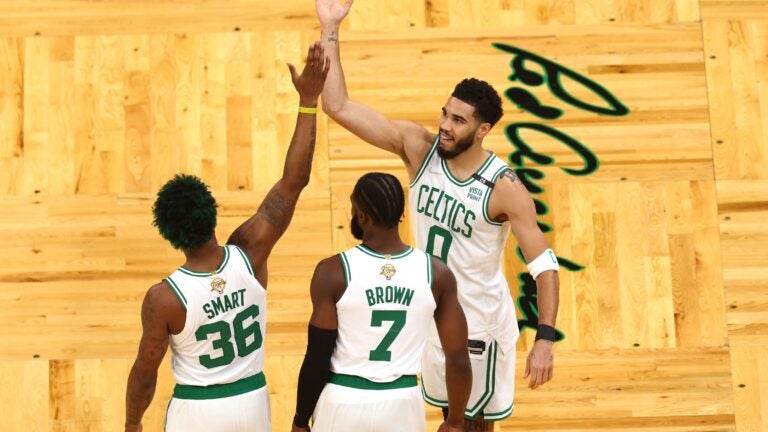