The Celtics enter the second quarter of the NBA season as the third-best team in the Eastern Conference. However a challenging remaining schedule in December will force Boston to fight hard to maintain that spot among the East’s elite.

Nine of the next 14 games for the Celtics will come away from the TD Garden, including matchups against some of the best teams in the Western Conference (Houston, Memphis Oklahoma City, San Antonio). After struggling to eek out wins against some lowly competition (Sacramento, Philadelphia), Brad Stevens will need his squad to play more consistent basketball to escape the stretch with a winning record. Let’s examine which players, specifically from the team’s bench, will need to step up their production in the coming weeks to achieve that goal.

15. Demetrius Jackson — The rookie got the best of former Celtic Phil Pressey in the D-League on Saturday night. Jackson helped hold Pressey to just 6-of-22 shooting from the field, while scoring 23 points himself in the Red Claws’ win over the Santa Cruz Warriors.

14. Jordan Mickey — The 6-foot-8 power forward has not developed enough to play his way into Brad Stevens’ rotation just yet, but he still seems to be a dominant force in the D-League. The former LSU standout posted 22 points, 15 rebounds, 4 assists, 4 steals and 4 blocks in his season debut with the Maine Red Claws Saturday night.

13. Gerald Green — Brad Stevens broke up a string of seven consecutive games on the bench for Green Saturday night in Philadelphia, but the head coach didn’t give the veteran much time to break out of his shooting slump. The swingman missed two shots before being sent back to the bench after three minutes of action.

12. James Young — Since scoring a season-high 12 points on Nov. 12, Young has played just 29 minutes in five games. He has earned six DNP-Coach’s Decision during that stretch as well.

11. Tyler Zeller — Outside of a spot start for Al Horford last Monday against the Heat, Stevens can’t seem to find consistent minutes for the seven-footer. The lack of playing time has taken its toll on the 26-year-old’s production as he has scored more than two points in a game just once since Nov. 19.

10. Jaylen Brown — The Celtics drafted the 20-year-old wing in part due to his ability to contribute right away, but his development over the past couple weeks has stagnated. He’s shooting a team-worst 21 percent from the field during that span, and his overall play makes you wonder whether he’s best served getting some additional reps in Maine in the near future.

9. Terry Rozier — The bloom has come off the rose for the second-year guard on the offensive end in the past week. He’s hit just 21 percent of his shots from the field and 12 percent of his attempts from 3-point range over Boston’s last four games.

8. Kelly Olynyk — A scoring touch was hard to come by for Olynyk during the first month of the year as he fought to regain his rhythm following offseason shoulder surgery. “I mean I haven’t played basketball in six months. It takes a little to get back into the groove,” he admitted on Wednesday. The seven-footer has finally found that groove in the past week. He’s shooting 70.4 percent from the field while averaging 10 points per game over the past five contests.

7. Amir Johnson  — The playing time decline for Boston’s starting center continued once again last week. Johnson has not reached the 20 minute mark in a game for over two weeks, as Stevens leans more on his bench stretch bigs and three-guard lineups.

6. Marcus Smart — His 31 percent shooting in the past week would be alarming, but that doesn’t qualify as much of a slump given his 35 percent mark for the season. Luckily for Boston’s offense, Smart’s shot attempts are trending downwards (eight/per game last week) and he’s doing enough on the defensive end to keep himself as an overall net positive when he’s on the floor.

5. Jonas Jerebko — The 6-foot-10 Swede finally cooled off a bit from the field over the weekend, but he’s still red-hot from 3-point range. Jerebko’s hit 76 percent (10-of-13) of his attempts from beyond the arc since Nov. 16, and those numbers should make it easier for him to forget about this defensive lowlight on Saturday night.

4. Jae Crowder — The Celtics are on pace to attempt the most 3-point shots in franchise history this season and the small forward is making the most of those added opportunities. He’s tied for the team-high with 2.2 3-point makes per game and is shooting 40 percent from deep, a sharp increase from his career average (32.9 percent).

2. Isaiah Thomas — It’s been evident for years now that Thomas is the Celtics go-to scorer in the fourth quarter, but the team actually relies on the 5-foot-9 point guard almost as much as any elite player in the league. His 43 percent usage rate in the final frame ranks second in the entire NBA behind Russell Westbrook. It’s also 10 percentage points above his game usage average (33 percent).

1. Al Horford — Most anticipated that the 6-foot-10 big man would help the Celtics interior defense, but Horford’s exceeded expectations on that front, averaging the second-most blocks (2.7) per game in the NBA. His on-court impact remains elite as well (plus/minus of +5.9 per game). That ranks among the top 30 players in the league through 20 games. 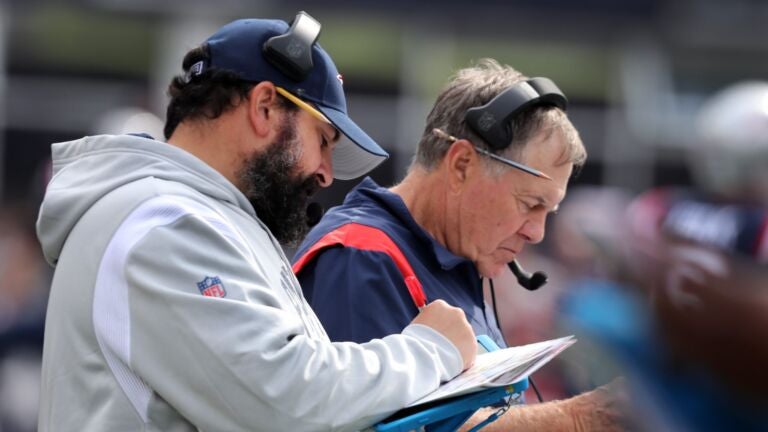