All three teams had an off-day last night, but the C’s and B’s have huge tests ahead tonight.

With Isaiah Thomas out, Marcus Smart develops as a point guard: After yet another impressive performance as the starting point guard, Oklahoma City coach Billy Donovan raved about the work ethic of Marcus Smart. Donovan coached Smart on the US National Team U-18 squad. Jae Crowder echoed Donovan’s sentiments, saying that Smart’s time as the primary ball-handler in Isaiah Thomas’ absence has proven beneficial for the 22-year-old. (Boston Herald)

Julian Edelman compares Giants to Whitey Bulger in ‘Deflategate 2’ comments: Some Patriots fans thought of the Giants as an unfamiliar ally when the team complained that the Steelers were guilty of the same offense that cost Tom Brady four games and New England a first round pick. “I don’t know. I mean, are we really turning in footballs?” he asked rhetorically. “I think that teams that do that stuff — I mean that’s some Whitey Bulger-type stuff.” (NESN)

Report: Walt Anderson assigned to first Patriots game since ‘Deflategate’ drama: Speaking of which, an official who had a central role in the ‘Deflategate’ hullabaloo is reportedly on track to officiate his first Patriots game since that consequential Colts game. Walt Anderson, who gained a lot of notoriety in New England for some perceived blunders in his handling of the footballs, is set to referee this weekend’s Patriots-Broncos game in Denver. (WEEI)

Torey Krug won’t be disciplined for hit on Andrew Shaw: The Bruins would have been in a difficult position had defenseman Torey Krug been disciplined for the league after hitting Canadiens center Andrew Shaw, but fortunately for the team it won’t come to that. “No review there,” said Claude Julien. “So we’re all good moving forward here.” No penalty was called on the play, but it was possible the league would review the hit given that it was nearly a head-shot. (Boston Globe)

Bill Belichick compares Malcolm Mitchell to Deion Branch: Rookie wide-receiver Malcolm Mitchell has been a boon for New England in the wake of injuries to Rob Gronkowski and Danny Amendola, with four touchdowns in his last four games. “Deion [Branch] was probably one of the smartest receivers we’ve had in here, especially as a rookie,” the coach said yesterday. “He picked up a lot of things and Malcolm has some of the same qualities.” (WEEI) 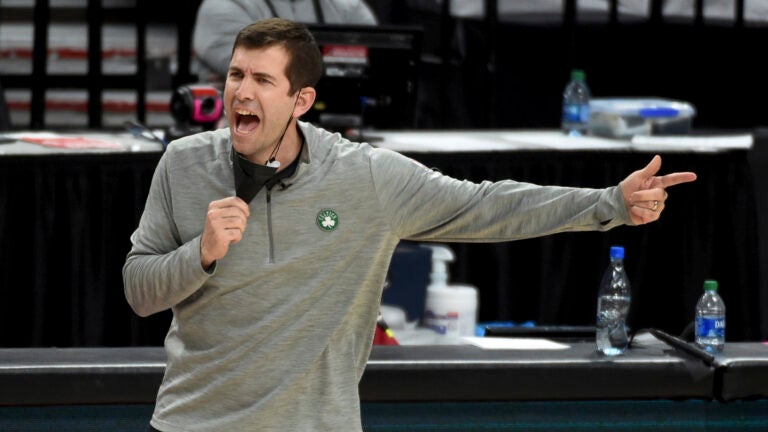