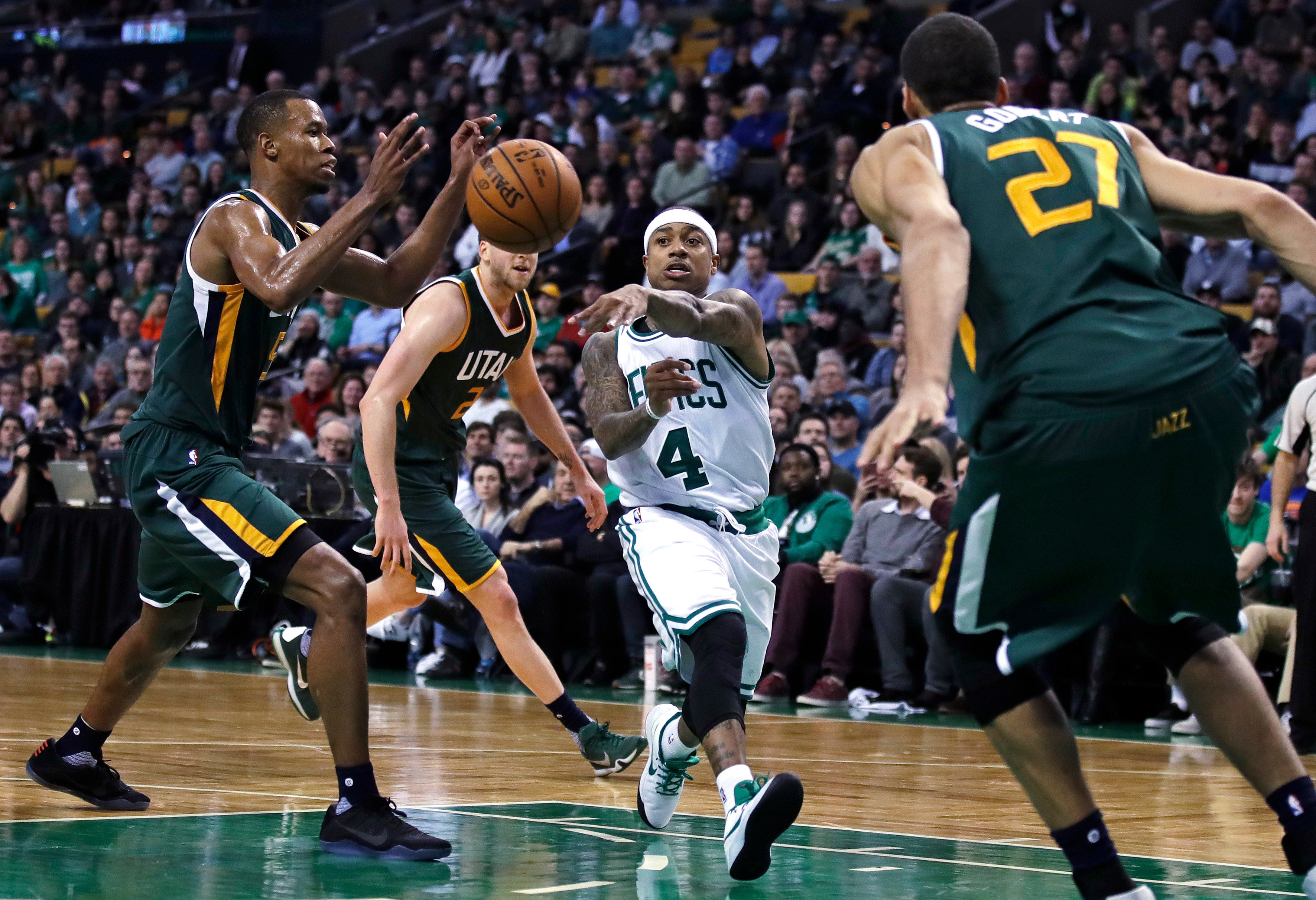 Celtics’ Isaiah Thomas passes the ball as he drives.

BOSTON (AP) — Isaiah Thomas had 29 points and a career-high 15 assists, and the Boston Celtics made 17 3-pointers for the second straight game in beating the Utah Jazz 115-104 on Tuesday night.

Al Horford and Jae Crowder added 21 points apiece and Avery Bradley scored 14 for the Celtics, who have won four of five and eight of 10.

The Celtics ended Utah’s four-game winning streak and beat the Jazz for the ninth straight time in Boston.

Thomas, coming off his career-high 52 points Friday against the Heat, has scored at least 20 in 19 straight games. He added another personal best Tuesday with 15 assists, two more than his previous high of 13 against Charlotte in December 2015.

Shelvin Mack pulled Utah to 73-65, but the Celtics pulled away again. Horford started the run with a 3 from the top of the key and Thomas drove through traffic for a layup. Marcus Smart added a basket before Crowder hit his fifth 3-pointer of the game to put Boston up 83-66.

Utah’s only points during the Celtics’ run came on technical foul shots by Hayward, one for a 3-second violation and another when Crowder was called for a technical during a timeout.

Boston went up by 15 early in the fourth before the Jazz used an 11-3 run to pull to 98-91 on consecutive layups by Joe Johnson. That was as close as it got and the Jazz were forced to foul late, sending Thomas to the line four times. He was perfect from the stripe for the second straight game.

Jazz: Raul Neto banked in a 3-pointer at the buzzer to give Utah a 29-28 lead entering the second quarter. … Hayward and Mack were teammates at Butler under Celtics coach Brad Stevens. The 2009-10 Bulldogs clinched a Final Four berth in Salt Lake City with a win over Kansas State on March 27, 2010. … Boris Diaw scored 15 for Utah, and Favors had a career-best seven assists.

Celtics: Boston again tied its season high for 3s. Crowder and Thomas each hit five from beyond the arc. … Bradley returned to the lineup after missing one game with an illness. … The Celtics have not lost at home to the Jazz since March 14, 2008, when Utah won 110-92. … Thomas’ 52-point game Friday against Miami was the fourth-highest scoring total in team history. He set a franchise record with 29 points in the fourth quarter against the Heat.

Jazz: Visit Toronto on Thursday in the third of a five-game road trip.

Celtics: Host Philadelphia on Friday night. The Celtics have won eight straight over the 76ers. 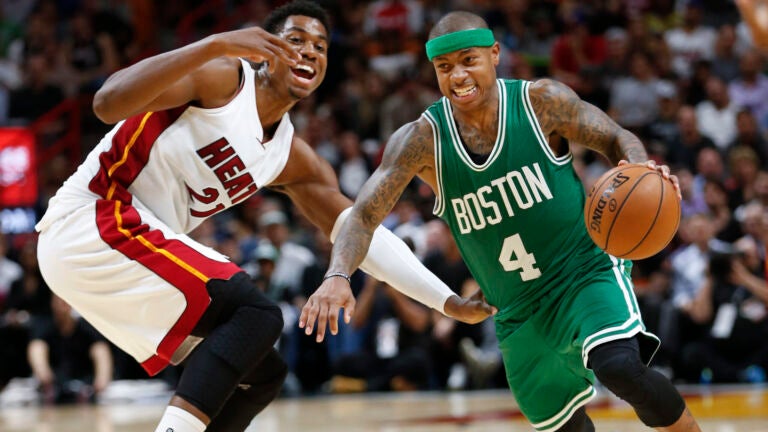