The Bruins’ season came to an end Sunday afternoon, while the Celtics evened their playoff series with a gutsy win over the Bulls.

Frustrated Bulls unable to defend against Celtics: “Isaiah Thomas is a real competitor and warrior,” the second-year Chicago coach said. “However if you allow him to discontinue his dribble, it’s impossible to guard him.” (Boston Globe)

Fred Hoiberg caught in time warp about Isaiah Thomas’ dribbling: The last time carrying the ball was considered a real violation in the NBA was, when, 1965? That era is right in coach Fred Hoiberg’s basketball wheelhouse, so you can understand why he complained Sunday that referees didn’t call Celtics guard Isaiah Thomas for hesitating on his dribble in Game 4 — and every other game of this playoff series. (Chicago Sun Times)

Isaiah Thomas has been called for carrying 3 times all season, per @bball_ref. (Search for “discontinued dribble”) https://t.co/15R2Pj9VMU

3 thoughts on the Celtics’ Game 4 win over the Bulls: Let’s start where it started: With another dazzling start by an unlikely starter. Gerald Green played 47 games this season in his return to the Celtics, a decade after he was exiled to Minnesota in the Kevin Garnett trade. Most nights, he enjoyed having one of the best seats in the house alongside James Young. (Boston.com)

MacArthur returns, scores for Sens to beat Boston 3-2 in OT: Tuukka Rask made 26 saves for the Bruins, who got goals from Drew Stafford and Patrice Bergeron. The Bruins did not get off a shot in the extra period — the fourth overtime game of the series and the 17th of the NHL playoffs, tying the record for an opening round. Washington’s 2-1 win at Toronto later broke the record. (Boston.com)

Watch the overtime Ottawa goal that ended the Bruins’ season: For the fourth time this series, the Bruins and Senators needed extra minutes to determine the game’s winner. In Game 6 on Sunday afternoon, Ottawa ultimately found the back of net first with a power-play goal by Clarke MacArthur. (Boston.com)

Bruins’ first line needed more support vs. Senators: But something bad was happening to the Bruins, even while they were making Ottawa’s power play look like garbage. Their best players were burning matches they could not afford to ignite. (Boston Globe)

Bruce Cassidy ‘absolutely’ wants to return: Bruce Cassidy, asked if he wants to be back next season as the Bruins’ coach, his “interim” tag removed, was short and to the point: “Absolutely . . . 100 percent.” (Boston Globe)

Dustin Pedroia calls Matt Barnes throwing at Manny Machado a ‘mishandled situation’: After Manny Machado injured Dustin Pedroia sliding into second base on Friday, Red Sox reliever Matt Barnes was ejected on Sunday for throwing near Machado’s head. Pedroia, who was still out injured, was quick to deny involvement. During the game, he could be seen talking to Machado, appearing to say, “That’s not me.” (Boston.com) 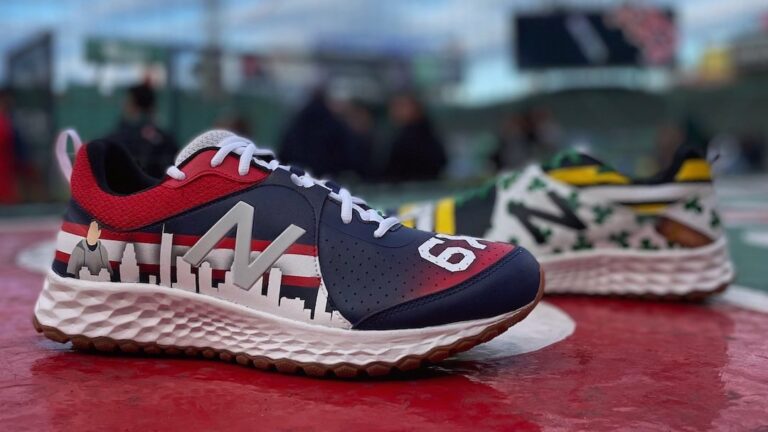