The Celtics went on a 19-4 run in the fourth quarter of Game 5 to defeat the Bulls and take a 3-2 series lead, while the Red Sox fell to the Yankees in the first rivalry game of the 2017 season.

Kelly Olynyk delivers for Celts in ‘biggest game’ of his career: “This is . . . this is pretty big,” he said. “This is probably the biggest game I’ve played in my Celtics career. But I think it was pretty big for all of us in here.” (Boston Herald)

Celtics beat Bulls 108-97, take 3-2 lead in series: “Everyone knows he’s a good defender. Tonight, he got his offensive game going,” Chicago’s Dwyane Wade said after Bradley scored 24 points to lead Boston to a 108-97 victory and a 3-2 lead in the best-of-seven series. (Boston.com)

AB drives through the defense and slams one home early in the 1st quarter! Catch the action live on @CSNNE pic.twitter.com/SBLRVUwOha

Charlie McAvoy will play for Team USA at World Championships: “Played in a couple different jerseys this year and been so very fortunate in every one of those experiences and I’m so thankful for all of them. And each particular thing had its own lesson and its own experience that I can use to help my hockey career and to help me grow and become a better player.” (WEEI)

A guide to the 2017 NFL Draft: The Patriots, who seem to have filled the majority of their needs through free agency and trades, don’t have many glaring holes, but will likely look to bolster defensive end and tight end depth. (Boston Globe) 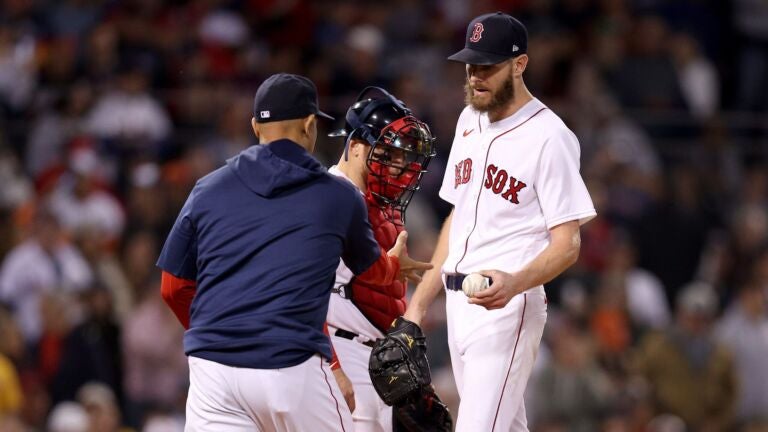