His name is LeBron, King of Cleveland, the NBA’s Ozymandias, but still resplendent in his glory. Look on the ongoing works of his Cavaliers, ye Mighty Celtics, and despair!

Nothing beside remains, except that No. 1 draft pick and pedestals yet built or crumbled, of course. Not to mention the rest of the Eastern Conference Finals.

Before you rebound from the decay of that colossal Game 1 wreck, boundless and bare, survey once more the most intense moments of suffering wrought by James on that lone and level parquet stretch of Causeway Street on Wednesday night:

From the jump, it went bad

Kyrie Irving puts in the first bucket of the Eastern Conference Finals!

Tristan Thompson got all the rebounds the mattered early

Tristan is eating with an early 6pts and 5rebs. ? #DefendTheLand pic.twitter.com/jsWA8XBmiK

LeBron gave Kelly Olynyk the cold shoulder — then roasted him

LeBron turned his back on Kelly Olynyk while he defended him ? pic.twitter.com/OTckrxwmWg

He also went at every Celtics defender, in turn

LeBron gets off to a fast start in Game 1 on @NBAonTNT! pic.twitter.com/F6Hv4isBa3

LeBron is just picking defender after defender and giving it to him 1-on-1 like Magic Johnson at the end of the 1992 All-Star Game.

Kevin Love was cooking, too

It was then J.R. insult to fake injury

This flop isn’t even in Marcus Smart’s top 25 pic.twitter.com/mhi085tLBA

that’s ok Marcus, I believed you

Even Isaiah seemed overwhelmed by James’ power and glory

The best-laid double-team plans were undone

It was quickly more of the same in the second half

Not even free points helped much

Things get chippy & Kyrie tells Isaiah to look at the scoreboard?? pic.twitter.com/zBR6Bv9bG7

But James kept putting up numbers

.@KingJames finished his 38-point performance with a ? 4Q! #NBAPlayoffs pic.twitter.com/3UXmFxowIW

Isaiah remained courageous — and on a poster

Isaiah Thomas attempting to block LeBron’s dunk is a severe mismatch but props all day pic.twitter.com/Ken4gN8pti

Grab on to me, Celtics. I’ll show you what it feels like to score. 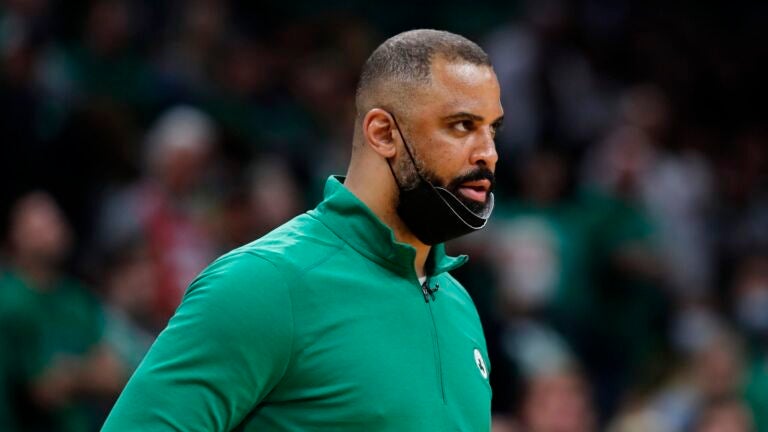