Before he was the shrewd Celtics general manager beloved by Boston fans, Danny Ainge was a player who embraced his role as the resident bad guy.

With the Celtics getting set to face the 76ers in London on Jan. 11, it conjures the memory of Ainge’s involvement in a past trip abroad. In 1988, Boston played a set of games in Madrid, Spain.

During the visit, the 29-year-old Ainge self-styled himself “El Terrible,” taping the nickname on his sweatshirt.

Ainge recalled the episode in an interview with Steve Bulpett of the Boston Herald in 2015:

I do remember giving myself the nickname ‘El Terrible,’ but I don’t even remember how it happened. I think I said it to somebody and then it just got out. I just sort of had fun with it. I taped it onto my practice jersey.

You know me, I was just joking around. I knew just enough Spanish to get myself in trouble. I heard that on the Spanish broadcast they even referred to me one time as El Terrible. I was dying laughing when I heard that.

The Celtics won both games, defeating both the Yugoslavian national team and also Real Madrid.

Ainge’s 1988-1989 season ended up being a crossroads in his career, as he would be traded in Feb. to the Sacramento Kings. 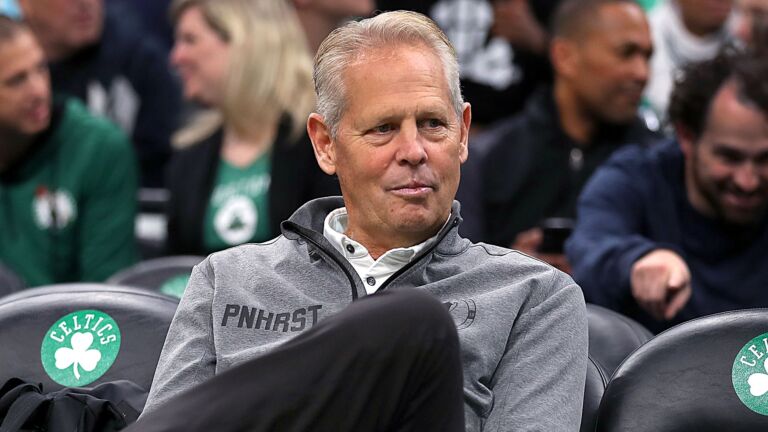