MINNEAPOLIS (AP) — The Boston Celtics were breathing a little easier after beating Minnesota on Thursday night, and their relief was about more than just the outcome.

Jaylen Brown walks off the court after a scary fall he took on a fast-break dunk. pic.twitter.com/pAEMfQAx2i

Jaylen Brown, who landed hard on his back and head following a dunk late in the third quarter, was going to be all right.

“It was just tough to see. I was just happy that he was able to get up and walk on his own power,” teammate Al Horford said. “That’s probably one of the worst falls I’ve seen.”

Brown lost his grip on the rim as he finished the play, falling awkwardly “in full backflip mode” as Kyrie Irving put it, to the court with 1:31 remaining in the period. Brown stayed down and was still for several minutes, and a stretcher was rushed out. But Brown was eventually able to walk slowly to the locker room on his own, and the crowd at Target Center gave him a standing ovation.

“For him to get up, that’s a strong kid,” Marcus Smart said. “Took everything he had. We were just happy to see him on his feet and walking off on his own.”

After he was evaluated for concussion-like symptoms, Brown was taken to a hospital for a CT scan and other testing, coach Brad Stevens said.

“Our trainer said when he left the locker room he was feeling good, moving OK and in good spirits,” Stevens said.

Stevens said if the doctors found any reason for concern, Brown would stay overnight in Minnesota and fly back to Boston on Friday.

“But they’re not anticipating that,” he said, “so that’s a good thing.”

Brown had 14 points and five rebounds in 28 minutes for the Celtics, who held on to win 117-109 . The arena went silent after the fall by the second-year small forward, and the Timberwolves expressed just as much concern afterward as the Celtics.

“He’s in my prayers,” Wolves point guard Jeff Teague said. “That was a tough fall.”

#NEBHInjuryReport: Jaylen Brown is out for the remainder of tonight’s game and is being evaluated for concussion-like symptoms.

Al Horford on Jaylen’s fall: “I was right there. It was tough to see. I was just happy he was able to get up and walk off because that was one of the worst falls I’ve seen.”

“I was terrified,” Marcus Smart says of seeing Jaylen’s fall. “I’ve done that fall in high school the exact same way. It’s hard to see that.”

To the @Timberwolves and their fans, thank you for your classy support of @FCHWPO tonight.

#NEBHInjuryReport: Jaylen Brown will travel with the team tonight back to Boston.

Brown had 14 points and five rebounds in 28 minutes for the Celtics, who led 86-74 after three quarters. LeBron James of the rival Cleveland Cavaliers tweeted he was praying for Brown . 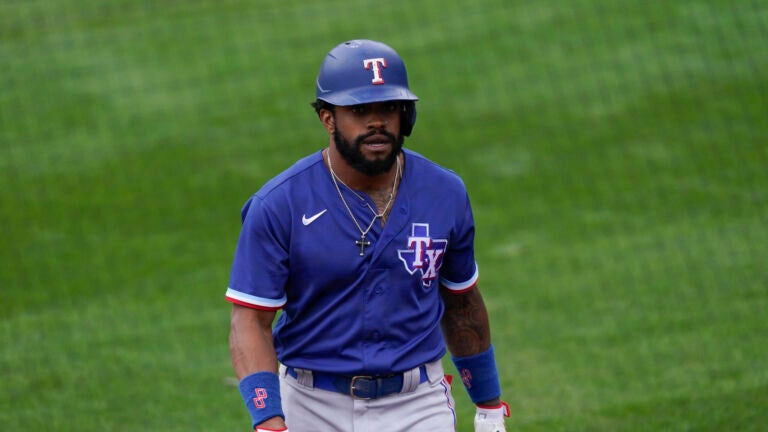