Al Horford’s new and improved nickname appears to have stuck.

“Playoff Al” had one heck of an overtime period.

Battling against the 76ers in Game 3 at the Wells Fargo Center Saturday, Horford compiled quite the highlight reel on both ends of the floor. After a relatively quiet regulation, he played a role in nearly every Celtics’ overtime possession.

With Marcus Smart having fouled out of the game in the final minute of the fourth quarter — and Aron Baynes playing with five fouls — Horford maintained a strong defensive presence on 76ers center Joel Embiid. He blocked Embiid’s turnaround jump shot to start the overtime period and also secured a key rebound off a missed three-point shot from Marco Belinelli.

Embiid — who had 22 points on the night — was held scoreless during overtime, before fouling out with three seconds remaining.

On the offensive end, Horford banked in what proved to be the game-winning layup to give the Celtics a 99-98 lead with 5.5 seconds on the clock. After Philadelphia called a timeout that advanced the ball up the court, Horford managed to steal the inbound pass attempt from Ben Simmons to Embiid.

“I was just trying to press up on Joel,” Horford said in his postgame interview with ESPN. “He’s such a tough cover, so I just tried to press up. The pass was there, so I tipped it, got the ball.”

Horford then connected on two clutch free throws to extend Boston’s lead to three points, ultimately cementing a 101-98 victory. Once the final buzzer sounded, the 31-year-old was visibly emotional — and understandably so. With the win, Boston holds a 3-0 series advantage.

In spite of the absences of Gordon Hayward, Kyrie Irving, and Daniel Theis, not only has Horford contributed with his stat line — he’s averaging 17.9 points and 8.5 rebounds in 10 playoff games — but his veteran leadership has also been a cornerstone throughout the postseason for the Celtics.

Even the coaching staff will turn to Horford.

“He’s a stabilizer for our group,” coach Brad Stevens said in his postgame press conference. “There’s no question about it. When things get going poorly, everybody looks to Al, including the coaches.” 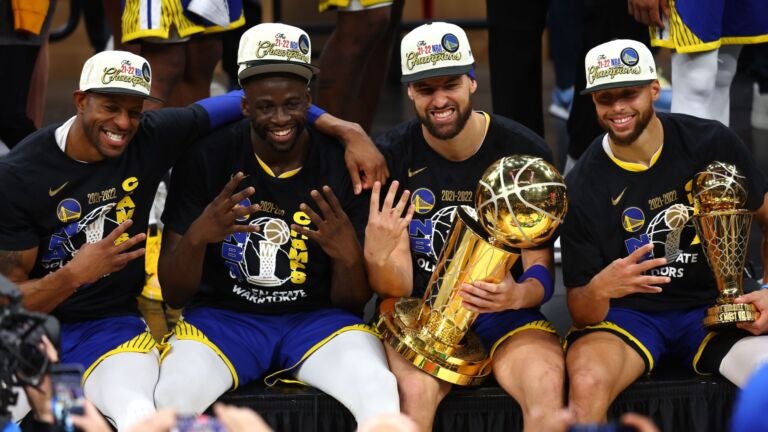 All the ways Draymond Green trolled the Celtics over the weekend