The relationship between former Cleveland Cavaliers Kyrie Irving and LeBron James was a rocky one from the get-go, according to a trio of Cavs reporters.

“It has been made clear to me by multiple people, Kyrie never really wanted LeBron to come back in the first place,” The Athletic‘s Jason Lloyd said in a roundtable discussion on 92.3 The Fan, a Cleveland radio station. “He didn’t think it was necessary. LeBron said something to Kyrie on the court following a game when he was with Miami, something to the effect of, ‘Keep going, keep doing what you’re doing. You never know, I could be back here one day,’ or something like that.

Irving, who the Cavaliers selected with the No. 1 overall pick in the 2011 NBA Draft, played three seasons in Cleveland before James announced he was returning to the Cavs in July 2014. Once James arrived, things between the two All-Stars did not get off to a good start.

There were two locker room confrontations within the first week of the season, Cleveland.com’s Joe Vardon said. Irving and James had it out following both the third (a 101-82 loss against the Portland Trail Blazers) and fourth (a 102-100 loss against the Utah Jazz) games. Irving had zero assists against the Jazz.

“You couldn’t have started off worse than they did,” Vardon said. “It just kind of carried on that way.”

The Cavaliers advanced to the NBA Finals that year, but Irving was sidelined for Games 2-6 because of a fractured kneecap. Leading up to the postseason-ending injury, however, James was getting increasingly frustrated, according to Vardon.

“Before Kyrie blew out his knee, he was having leg problems, he was limping through series and taking games off,” Vardon said. “This annoyed LeBron and LeBron’s people to no end. They were calling him ‘soft’ and questioning his toughness, and LeBron was doing it in comments to the media. It took a while for there to be real respect between those two guys at all.”

Some other tidbits from Lloyd, Vardon, and ESPN’s Dave McMenamin’s roundtable: 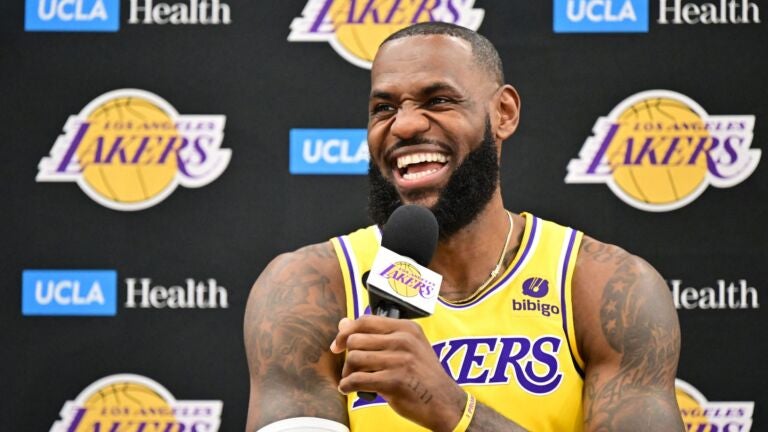