LAS VEGAS — Free agent guard Marcus Smart met with two NBA teams here on Monday and is scheduled to meet with two more on Tuesday, according to a league source. The group includes teams from both conferences, the source said.

There have been conflicting reports about how much Smart and his camp are hoping for on the open market, but a source familiar with the negotiations said the guard is open to signing a multiyear deal for less than $15 million per season.

Smart is one of the top remaining prizes on the market. He is a restricted free agent, meaning that the Celtics will have the ability to match any offer sheet he signs with another team, and the Celtics have long insisted that their plan is to do just that. The Celtics and Smart could also come to their own agreement, but there is no sign of that happening just yet.

Smart arrived here on Monday and entered Cox Pavilion near the end of the Celtics’ summer league game against the Hornets. He then took a courtside seat for the first half of the following game between the Nuggets and Bucks. While Smart was there, Celtics president of basketball operations Danny Ainge walked by and playfully jostled Smart’s baseball cap. They both smiled before Ainge continued on out of the gym.

A source close to Smart said that beyond basic pleasantries, Smart’s camp had no further discussions with the Celtics’ brass on Monday. In a brief interview with the Globe and The Athletic as he walked to an adjacent gym on Monday night, Smart was asked where things stood with the Celtics.

Smart could ultimately decide to simply sign the Celtics’ one-year, $6 million offer, thus making him an unrestricted free agent next season, when the salary cap will rise and more teams are slotted to have cap space than they do this year. Smart’s preference, of course, is to lock up a multiyear deal now, but he and his camp do not plan to bend simply because the market is tight. 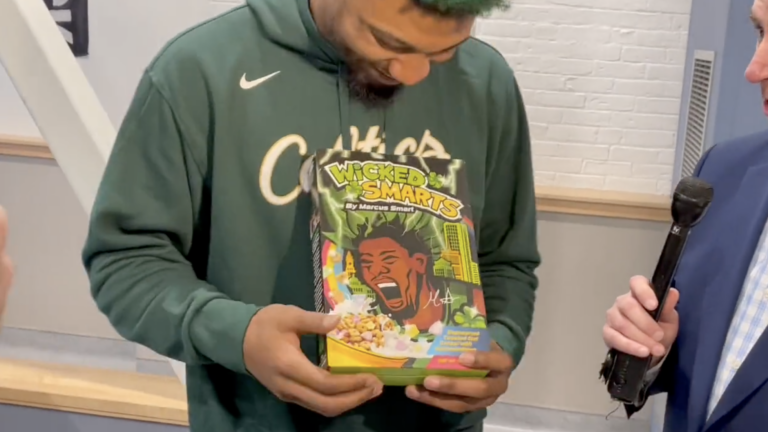